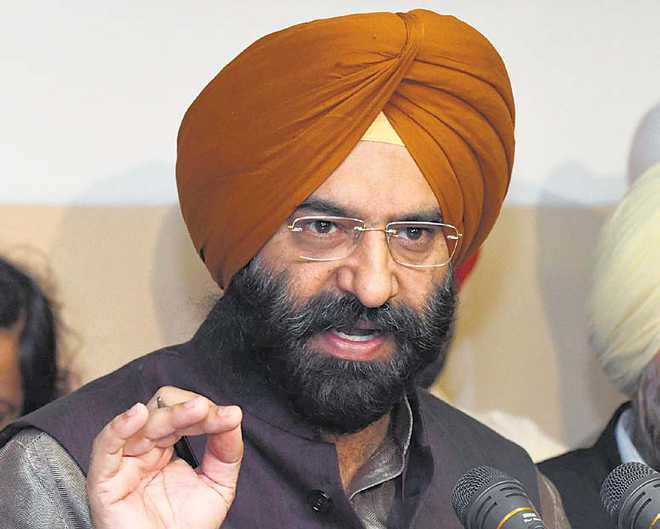 The Shiromani Akali Dal (SAD) today condemned the Aam Aadmi Party (AAP) government for holding senior party leader Manjinder Singh Sirsa ineligible for co-option as a member in the Delhi Sikh Gurdwara Management Committee (DSGMC) as the nominee of the Shiromani Gurdwara Parbandhak Committee (SGPC) and asked it not to interfere in the religious affairs of the Sikh community.

Addressing a press conference here, senior leaders Prof Prem Singh Chandumajra, Maheshinder Singh Grewal and Avtar Singh Hit said it was condemnable that the AAP government had used its power to get the nomination of Sirsa rejected by the director of the Directorate of Gurdwara Elections. The leaders said Sirsa was eligible for nomination as a co-opted member as per the provisions of the DSGMC Act of 1971. — TNS