Satyendar Jain was given preferential treatment inside Tihar jail by providing fruits and vegetables, rightly stopped: Court : The Tribune India 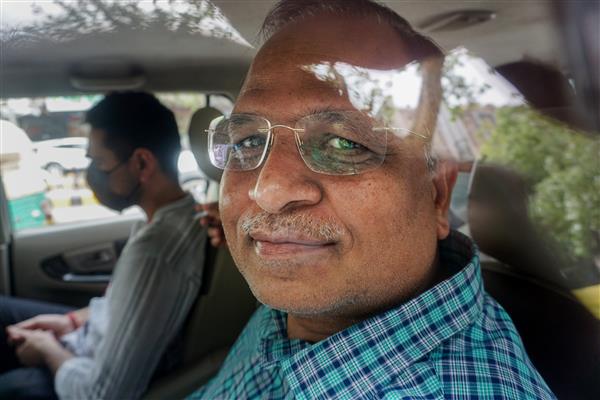 A Delhi court on Saturday said AAP minister Satyendar Jain was prime facie being given “preferential treatment” inside Tihar jail in violation of rules, which has now been stopped.

Special judge Vikas Dhull made the observation while dismissing Jain’s plea, which sought direction to Tihar officials to provide him special food items according to his religious beliefs.

The court noted that fruits and vegetables were being provided to Jain by the jail staff, without there being any order of DG Prison or any authority, which was in violation of the rules.

“Providing fruits and vegetables to the applicant was in violation of Article 14 of the Constitution of India as State is bound to treat all the prisoners equally and there can be no discrimination on the basis of caste, creed, sex, religion, status etc.

“The Article provides for Equality before Law, which basically means that all persons should be treated equally no matter whether they are poor or rich, male or female, upper caste or lower caste. Thus, State cannot provide any special privileges to anyone in the country,” the judge said.

He further noted that and around 26 officials of Tihar have been transferred and a jail superintendent has been suspended in November.

The judge noted that the record in “prima facie shows that Tihar Jail officials of jail no. 7 were providing preferential treatment to the applicant by providing fruits and vegetables, being Minister of Government of Delhi, in violation of rules”.

It further said that the very fact that Jain is now purchasing fruits and vegetables from the jail canteen w.e.f. November 3, after suspension/transfer of jail officials “prima facie establishes on record that the incumbent Tihar Jail officials have stopped providing preferential treatment to the applicant, which was being given earlier to the applicant, in violation of the rules”.

“The stoppage of dry fruits, being provided to the applicant on the advice of Medical Officer Incharge, Jail No.7, has been rightly done so and no interference is required to be made in this regard,” the judge said.

The judge further noted that the reason for Jain’s weight loss, according to his own assertion, was that he was not consuming regular food in Tihar Jail since the day of his incarceration.

“Therefore, loss of weight of the applicant is on account of him not consuming regular food and Tihar Jail administration is not responsible for the same,” the judge said.

He further denied the request regarding dry fruits, noting that the stoppage of dry fruits has been done by the medical officer.

“This court cannot substitute the advice of the doctor by its own discretion. The medical officer is the best person, who can advise the prescribed diet to the prisoners after observing the health of the inmates/prisoners,” the judge said.

In case, the applicant is permitted to keep a religious fast, then he shall be provided food articles as allowed by the order of the rules, the judge said.

“In the light of aforementioned discussion, no ground is made out to direct DG (Prison) and Superintendent, Tihar Jail to provide fruits, vegetables and dry fruits to the applicant Satyendar Kumar Jain. Accordingly, the application is dismissed,” he said.

The application had alleged that Jain was not being provided basic food and medical facilities inside the prison.

The jail administration, however, had opposed the application, saying Jain was allowed to avail all facilities under law, like other prisoners.

Jain was arrested in a money laundering case based on a CBI FIR lodged against him in 2017 under the Prevention of Corruption Act.

The court had on November 17 denied bail to Jain and two others in the case.

He is accused of having laundered money through four companies allegedly linked to him.