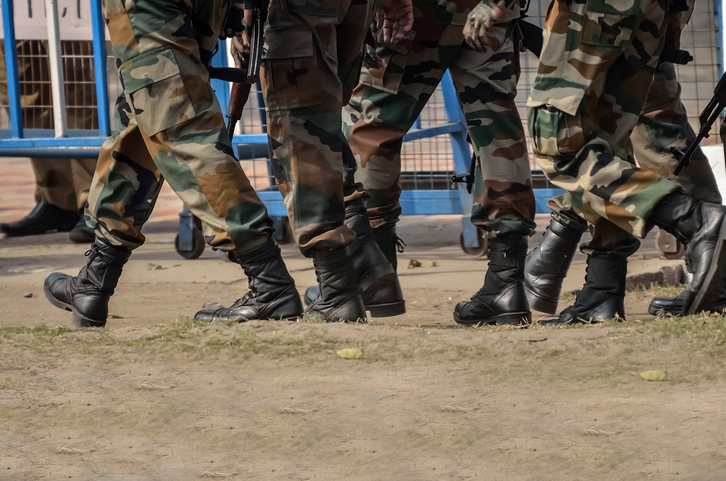 A 40-year-old man has been arrested for allegedly impersonating an army officer to impress women on social media, police said on Saturday.

The accused, Dilip Kumar, a resident of Sainik Enclave, Mohan Garden, works as a security guard at a school, they said.

On Friday around 3 pm, the accused was arrested near Archana Red Light, Greater Kailash 1, they said, adding he was in the area to meet a date.

"He was in army uniform. One fake army ID card and one mobile phone were seized from him," Deputy Commissioner of Police (DCP), South, Atul Kumar Thakur said.

The accused told police that he posed as Captain Shekhar of the Indian Army to impress women on social media.

He was fascinated by the Army and realised that he could connect with people wearing uniform, police said, adding he had been doing so for about four months.

On examination of his mobile phone, it was found that he was a member of several WhatsApp groups and had made video calls to International numbers as well, the DCP said, adding his links abroad were being examined.

A case under relevant sections of the law has been registered against him. — PTI