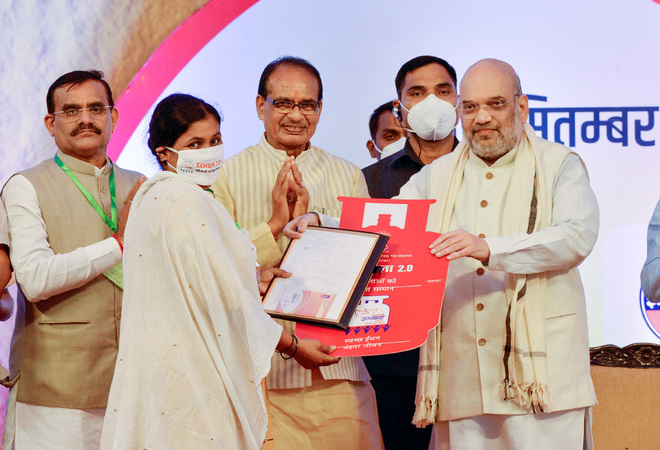 Union Home Minister Amit Shah on Saturday accused the opposition Congress of only talking about poverty alleviation and the welfare of the poor, tribals, women and Dalits, but doing nothing in reality.

Shah, during a one-day visit here, attended various events, including a ‘Gaurav Utsav’ organised in the honour of tribal icons and erstwhile Gondwana ruler Shankar Shah and his son Raghunath Shah at Garrison Ground.

“The Congress always talked about tribal welfare in to get their votes, but did not do anything for their well-being. Its intention was to divide tribal votes by fielding different parties and faces. But the BJP is committed to working for the development of tribals whenever it gets the mandate,” he said.

The BJP has provided various amenities to tribals, including housing and power supply, the Union Minister said, adding the party was now trying to ensure household water supply for them.

Only Rs 4,200 crore were allocated for tribals in the 2013-14 Union Budget of the UPA government, Shah claimed.