Is also fond of chess and prepares different strategies and plays the board from both ends’, sources said 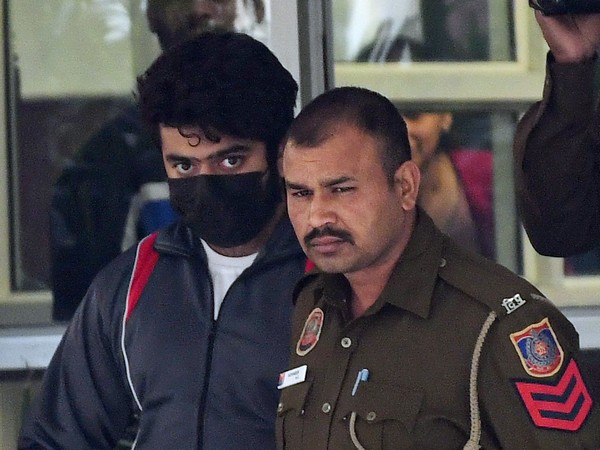 On the request of Aaftab Amin Poonawala, accused of murdering his live-in partner Shraddha Walkar, the Tihar jail authorities gave him a copy of ‘The Great Railway Bazaar’, jail sources said on Saturday.

Interestingly, Delhi Police provided Aaftab with the book ‘The Great Railway Bazaar: By Train Through Asia’, a travelogue by American novelist Paul Theroux. The jail authorities gave him the book as it is not based on crime and does not have content that could make him harm others or himself, the sources said.

Delhi Police took this decision as Aaftab (28) is accused of strangulating his live-in partner Shraddha Walkar and chopping her body parts, storing them in a refrigerator before dumping them in South Delhi's Mehrauli.

According to sources, Aaftab shares his jail cell with two more inmates who frequently play a game of chess on the chess board available in the cell. Often Aaftab keenly observes the games of the two other inmates and whenever he gets a chance he plays both the white and black pieces. He is the single player and he strategises and plays both sides himself, sources said.

“Aaftab is fond of chess and he prepares different strategies and plays the board from both ends," sources said, adding that he is a "good player, in this game." Both the undertrials who share Aaftab's cell have been accused in a theft case and according to sources they have been asked to keep a close watch on him.

The jail sources also informed that Aaftab plans his own moves against himself and that is something the Delhi Police have been suspicious of from the very beginning. "Aaftab is very cunning. His every move seems part of a well-planned conspiracy as if he is playing alone from both ends..." Earlier, talking to ANI, one of the investigators in the case said that Aaftab had totally followed what the police told him to do. He confessed his crime, co-operated with police, and agreed to the polygraph and narco tests. But now the police are becoming suspicious of his "good" behaviour.

Apart from the 'obedient' behaviour of Aaftab, Delhi Police are suspecting the 'rehearsed' answers given by him. "Aaftab's behaviour and good conduct are under question. How can there be one answer to each question? It looks like the accused has already rehearsed the answers," officials said.

However, during the interrogation, Aaftab confessed that he used a Chinese chopper to dismember Shraddha's body.

Delhi Police could do a brain mapping to read Aftab's mind to find out what's brewing inside. "We are still waiting for the DNA report, only after that will consider the brain mapping test," police said.

Initially, Aaftab was trying to misguide the Mumbai Police. But, once the case came under the jurisdiction of Delhi Police, he started confessing his crime. The police say they suspect it to part of his "devious" scheme.

As per information, the jail authorities have increased the security outside Aaftab Poonawalla's jail quarters, and deployed an additional guard outside his barrack, especially after an attack on a jail van ferrying Shraddha's alleged killer outside the Forensic Science Laboratory (FSL) in Delhi's Rohini.

The Tihar Jail Authority has also said that in view of the danger to Aftab inside the jail, "special vigil is being kept around his cell", adding, "Aftab neither talks much to anyone nor does he mingle".

According to jail officials, Aftab eats and sleeps on time as if he has no remorse for his actions.

"It seems from his actions that the murder of Shraddha Walkar was also a part of a deeper conspiracy like his chess strategies," the jail sources stated.

Police had earlier said Aaftab, who confessed to killing Shraddha and chopping her body was giving misleading answers to questions.

Delhi Police had submitted in court that Aaftab was giving wrong information and was misleading the investigation.