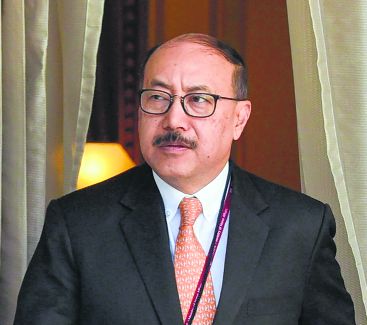 India will see more engagements with Europe on issues related to security, the Indo-Pacific and supply chain resilience, observed Foreign Secretary Harsh Vardhan Shringla on the concluding day of the Asia Economic Dialogue (AED) organised by the MEA and Pune International Centre.

Pointing out that France, Germany and the Netherlands had come up with a strong Indo-Pacific strategy, Shringla said India would like to see greater engagement with the EU on the Indo-Pacific, defence and security and trade. “We are trying to work out details of proposals to make the supply chain more resilient and work more in the Indo-Pacific region,” he said.

“It is a multipolar world, of which the EU is a part. Collaborations have intensified post pandemic. Many countries have come together to work on a positive agenda like providing vaccines,” the Foreign Secretary added, pointing out that India had received messages from Africa, the Gulf, the Bahamas and its own neighborhood on their gratitude for the vaccines. “This reveals India’s unrivalled position in global and health supply chains,” he pointed out.

On the new Biden administration, Shringla said India had an element of continuity with successive incumbents in the White House. “There is a range of areas to collaborate with the Biden administration introducing new elements like climate change and technology,” he said.

Commerce Secretary Anup Wadhawan, at an earlier session, said India had done well in FTAs. “If there are no negotiations, there are no gains,” he stressed. Foreign Minister S Jaishankar, speaking on the first day of the AED, seemed to have expressed the opposite view when he said India had got the rough end of the FTAs signed by previous governments.