Sisodia takes on BJP over waste management : The Tribune India 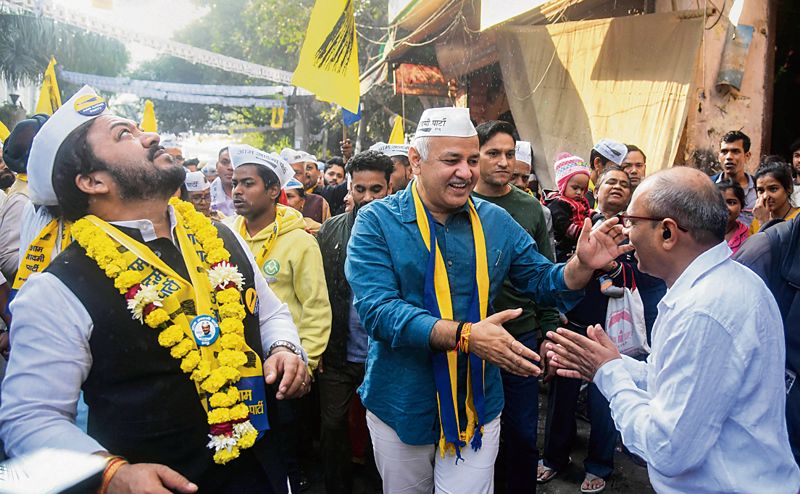 Campaigning in favour of AAP candidates for the upcoming MCD polls, Delhi Deputy Chief Minister (CM) Manish Sisodia today claimed the landfill sites in the Capital symbolise the BJP’s “mountains of failure” during its 15 years tenure in the city’s civic body.

Interacting with people in the Badli Assembly segment ahead of the December 4 poll, the senior AAP leader alleged the height of the landfill site “rose parallelly with the BJP’s corruption in MCD”.

Sarcastically, Sisodia asked people to click selfies with the mountains of garbage and post them on social media platforms. He also claimed that these would disappear after AAP wins the MCD elections.

The party had, earlier this month, announced “10 guarantees” for the MCD polls, the foremost of which was to clear the Bhalswa, Okhla and Ghazipur landfill sites.

In public meetings at Jahangirpuri, Swaroop Nagar, Samaypur Badli, Bakhtawarpur, Alipore and Narela, AAP leader accused the BJP of “crossing all the limits of corruption” in the past 15 years. The party failed terribly in its core responsibility of cleaning Delhi, he alleged. “The BJP’s fear of AAP continues to grow as the Gujarat and MCD elections are near,” Sisodia said.