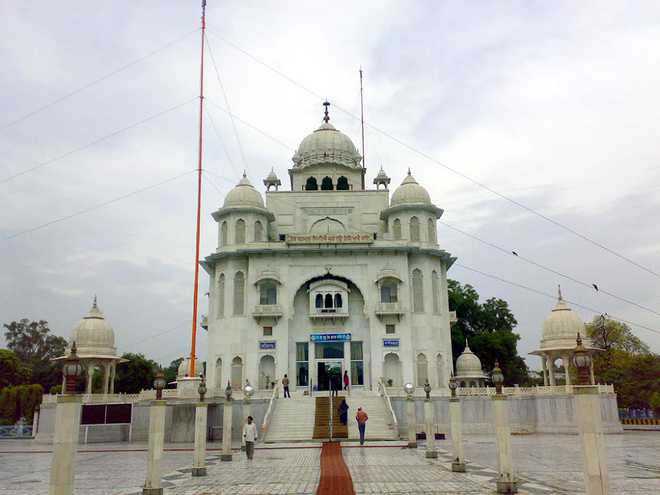 Several programmes had been planned which would be held in the coming months to celebrate the momentous occasion in a befitting manner, chairman of DSGMC Manjinder Singh Sirsa said.

Around 400 Sikh organisations and charitable institutions in Delhi and NCR would be closely associated with the celebrations at the historic gurdwara Sis Ganj Sahib, where Guru Teg Bahadur attained martyrdom, he said.

The concluding function would be organised with complete religious fervour at Gurdwara Rakab Ganj, where mortal remains of Guru Teg Bahadur were consigned to flames, Sirsa said.

“An executive committee of 101 members, including Sikh historians, academicians and celebrities, headed by Avtar Singh Hit, president, Takht Sri Harimandir, Patna Sahib management committee, has been constituted to finalise the broad contours for celebrations and chalk out programmes including seminars, symposia and lectures to throw light on various facets of life and philosophy of Guru Teg Bahadur,” he said.

Sirsa said an international seminar on the life and teachings of Guru Tegh Bahadur would also be organised in Delhi in February 2021.

“A grand ‘nagar kirtan’ led by the ‘Panj Pyaras’ will start from Guru Teg Bahadur’s birthplace in Amritsar and will reach Rakabganj Gurudwara in Delhi, covering major cities and places associated with the Guru’s life, over the course of 15 days,” he said.

A mega ‘kirtan darbar’ at the Indira Gandhi Indoor Stadium would be held in March 2021 in which 1,100  students from Guru Harkishan public schools will simultaneously recite ‘shabad’ and perform ‘kirtan’, Sirsa said.

A laser show on the life, teachings and philosophy of Guru Tegh Bahadur would also be held at the event, he said.

Other programmes such as tree plantation, ‘ardas’ based on ‘Gurbani’, blood donation and medical camps, demonstrations of Sikh martial arts and translation of Guru’s teachings in several international languages would be part of the celebrations, he added. PTI