States should stop blaming each other on stubble burning, need to take it seriously: Kejriwal

Kejriwal said that if the Delhi government can make efforts to prevent stubble burning, so can other state governments 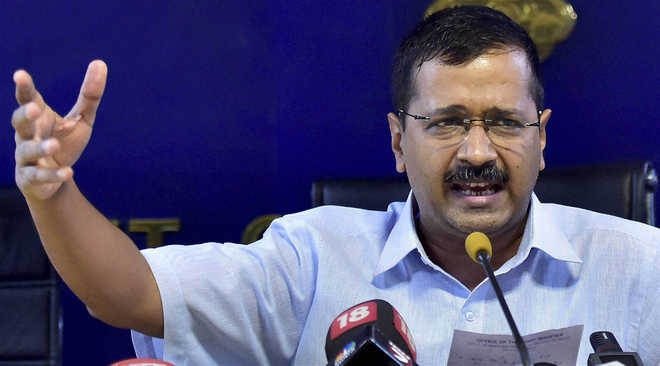 Chief Minister Arvind Kejriwal on Tuesday said state governments should stop blaming each other and work together to find a solution to the issue of stubble burning, one of the major reasons for the yearly problem of poor air in Delhi-NCR during winters.

Kejriwal said while farmers of neighbouring states and people of Delhi are bearing the brunt of stubble burning, “governments have shut their eyes”.

“State governments should stop blaming each other. We have to work together to find a solution to the issue… All agencies and governments need to take it seriously now,” he told reporters in Hiranki village in Narela where the spraying of Pusa bio-decomposer solution started on Tuesday.

The solution, experts say, can turn the stubble into manure in 15 to 20 days and, therefore, can prevent stubble burning.

Kejriwal said that if the Delhi government can make efforts to prevent stubble burning, so can other state governments.

“When the process was in its initial phase, I made attempts to contact the Central government and if they wanted, they could have worked with us to address the issue,” he said.

“We got to know about the technology developed by the Pusa Institute in September, and so did they. We have to work together with sincerity,” he said.

The Pusa bio-decompose' is being sprayed free of cost in around 800 hectares of land in Delhi where non-basmati rice is grown.

The chief minister said he was worried about farm fires in neighbouring states.

"The smoke has started affecting Delhi's air quality…Air pollution was under control for the last 10 months, but it has started increasing again,” he said.

Imagine the impact of stubble burning on the families of farmers who have no option but to burn the crop residue. Farmers don't burn it willfully, he said.

“While the farmers of neighbouring states and the people of Delhi are bearing the brunt of stubble burning, governments have shut their eyes. I hope that they take concrete steps so that the entire north India gets rid of high levels of air pollution,” he said.

According to the Ministry of Earth Sciences' Air Quality Early Warning System for Delhi, an increase in farm fires in Punjab, Haryana and neighbouring regions of Pakistan is also going to impact the air quality in Delhi-NCR.

NASA's satellite imagery showed a large cluster of fires near Amritsar and Firozpur in Punjab and Patiala, Ambala and Kaithal in Haryana.

According to the System of Air Quality and Weather Forecasting and Research, farm fires contributed 3 percent particulate matter to Delhi's PM2.5 concentration on Monday. PTI