Sweltering in Delhi as mercury remains above 40

The minimum temperature will remain one notch above the season's average at 29 degrees Celsius. 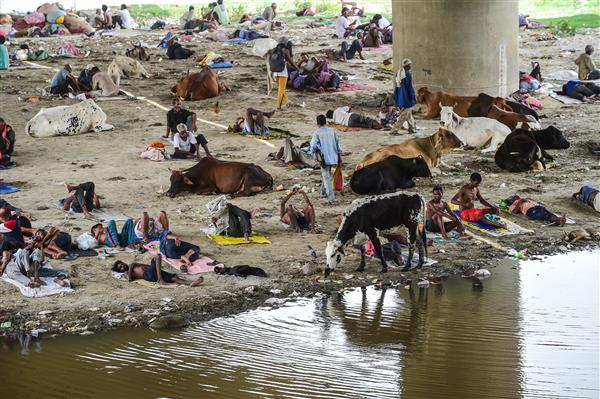 People rest under a bridge to get some respite from scorching heat, in New Delhi, Wednesday. PTI Photo/Kamal Kishore

For the second consecutive day, the mercury went past 40 degrees in the national capital on Thursday settling at 41 degrees Celsius, India Meteorological Department (IMD) said.

The minimum temperature will remain one notch above the season's average at 29 degrees Celsius.

The haze, the UV index has made it feel more like 46 degrees Celsius though, with the IMD saying that dry weather in the city is a major contributor to the rise in temperature which is expected to further go up in the coming days.

The IMD has forecast a partly cloudy sky and strong surface wind blowing at a speed of up to 20-30 kmph during the day.

Delhi's air quality index (AQI) on Thursday morning was moderate with a reading of 165.