There can be differences of opinion but no fallout between us, says Kejriwal after meeting Lieutenant Governor 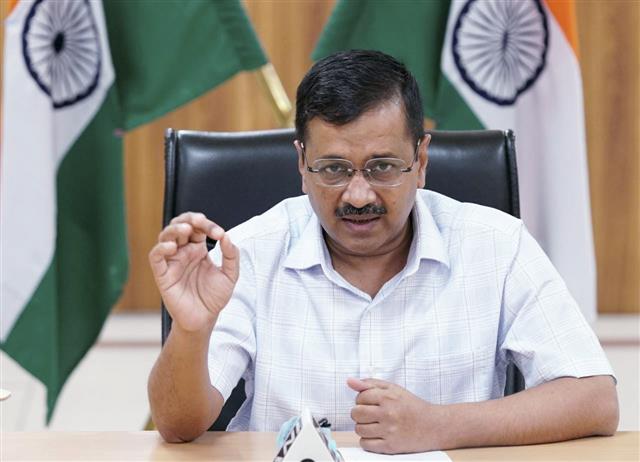 Chief Minister Arvind Kejriwal on Friday met Lieutenant Governor Vinai Kumar Saxena and said it is important for Delhi’s development that both of them work together.

Saxena had last week rejected the Aam Aadmi Party Government’s proposal for Chief Minister Kejriwal’s Singapore visit to attend a summit on August 1, saying his attendance at the mayors’ conference will set a “bad precedent”.

After his weekly meeting with the LG, Kejriwal said, “The meeting took place in a very cordial atmosphere. It is important for Delhi that the LG and the CM work together. There can be differences of opinion on various matters but there is no fallout between us.”

Kejriwal had skipped the weekly meeting last Friday after Saxena rejected the proposal for the Chief Minister’s visit to Singapore.

High Commissioner of Singapore Simon Wong had in June invited Kejriwal to World Cities Summit 2022 to be held in the first week of August. According to officials, the file for the Chief Minister’s Singapore visit was sent to the L-G on June 7.

After the meeting, Kejriwal said that many issues such as water, and sanitation were discussed in the meeting and asserted that both will keep working together.

“He is the lieutenant governor and I am the chief minister. Our views can differ on many issues. We will together work on those issues and solve them,” he said.

The ruling AAP had been accusing the LG of “interfering” in the Delhi government’s works by calling officials for meetings on subjects not under his purview.

On July 27, Saxena had asked the Delhi Assembly speaker to make changes in rules for the conduct of business and procedure of the House according to the GNCTD (Amendment) Act, 2021, a move that is likely to be a new flashpoint between him and the AAP.

Later, a statement from the Speaker’s offices said the amendment which the L-G wants to be enforced will effectively put an end to the committees of the Assembly.