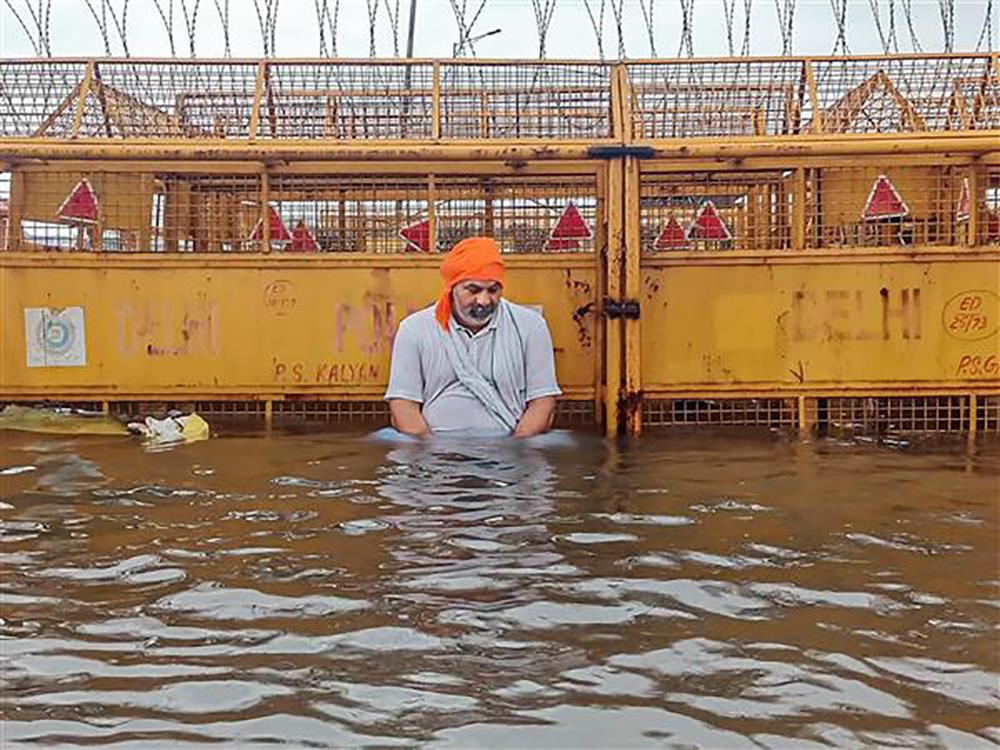 Bharatiya Kisan Union leader Rakesh Tikait, who is leading a protest against 3 farm laws for over nine months now, was seen posing for the camera by lying on an inundated road. He was taking directions from cameraperson as to which pose should he go for next.

In another shot, he was captured sitting along with his supporters on a waterlogged street with police barricades behind him. Donning a saffron 'safa' (headgear) and dressed casually, he also posed for a single picture of himself.

Tikait has been protesting on the outskirts of the national capital against three farm laws passed by the Parliament in September 2020.

Some areas in the national capital were so waterlogged that children were seen swimming and playing in the seemingly deep water.

Delhi and its adjoining areas received heavy rainfall on Saturday morning which led to major traffic disruption due to waterlogging. Indian Meteorological Department (IMD) issued an orange alert for the day as it recorded its heaviest rainfall in a day since 2010. According to MeT officials, with the rain forecast for the weekend, Delhi could beat the record in September itself.

Pictures and videos surfacing from areas like Madhu Vihar, Jorbagh, Motibagh, RK Puram, Sadar Bazar area and ITO showed vehicles stuck in the middle of roads partially inundated, slowing down the traffic to a snail's pace. Zakira Underpass near Inderlok was closed.