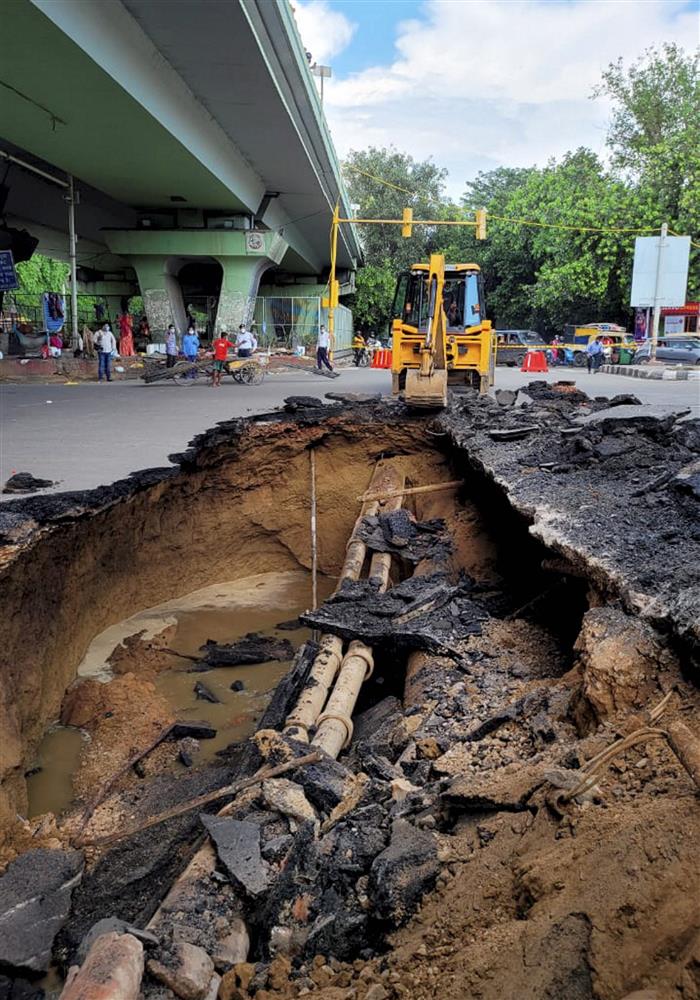 A portion of a road under IIT-Delhi flyover caved in following heavy rains in the national capital in the last few days, affecting traffic in the area on Saturday, officials said.

“Traffic going from Adhchini to IIT has been diverted from Adhchini to Katwaria Sarai after a portion of a road near IIT red light (traffic signal) caved in,” the Traffic Police tweeted in Hindi.

The Public Works Department said the portion of the road caved in because of the leakage in an underground Delhi Jal Board (DJB) line.

“Our engineers are on the spot and are fixing the road. The road caved-in because of an underground DJB line which is leaking. The leaking line eroded the road leading to cave-in. It is being attended on priority,” PWD Engineer-in-Chief Shashi Kant told PTI.

The city received an average of 43.6 mm rain till 8.30 am on Saturday, according to the India Meteorological Department (IMD).

Moderate rains are expected later in the day, the weatherman said.

The IMD on Friday had issued an orange alert, predicting moderate rain on Saturday and warning of possible waterlogging in low-lying areas of the national capital and major traffic disruptions.

The department has issued a yellow alert for Sunday, and an orange alert for Monday. PTI