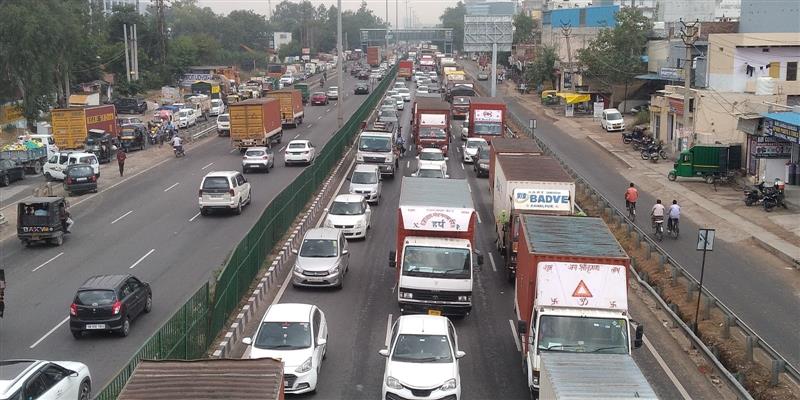 Commuters travelling from Manesar to Gurugram on Wednesday witnessed heavy traffic congestion after a vehicle broke down on the Delhi-Jaipur Highway.

The traffic police issued an advisory about the situation on Twitter and put up sign boards for route diversion.

Deputy Commissioner of Police (traffic) R S Sangwan said, “There was traffic congestion owing to the breakdown of a vehicle only. Our teams are at spot to manage the traffic and now the situation is under control.”

The main carriageway of the highway was closed on Wednesday for the next six days due to span load test work being undertaken by the National Highways Authority of India (NHAI) on the Jaipur to Delhi lane of the highway.

The commuters, most of them office-goers, were stuck in the traffic jam. Many said it took them almost five hours to get to IMT Chowk, Manesar from Hero Honda Chowk.

“I'm stuck here in a jam for the last one hour. I got to know about the traffic police advisory in the morning through social media. So, I left home an hour early but haven’t even crossed the toll plaza yet," said Bijender Bhatotia, a commuter.