‘PGs being run in violation of rules’ 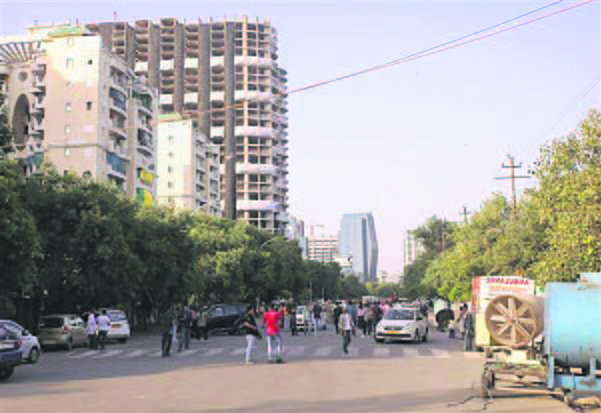 The Emerald Court society, where now-demolished twin towers were located, has issued notices to bachelor tenants to vacate premises, citing violation of rules.

The residential body of the society in Sector 93-A said they had been getting complaints from other residents because of which notices have been issued to those living as paying guests (PGs).

“This is not a new rule. It’s an old rule of the society mentioned in the notice. Some people in the society violated that rule to operate PGs and we were getting complaints related to administration of the society by other residents,” said Uday Bhan Singh Teotia, chief, Emerald Court Residents’ Association.

“This notice is to check the violation of the society rules. We have not asked anyone to vacate overnight, but given due time of two to three months. The notice was issued in November,” Teotia said.

He said some cases had come to the fore in which rent agreement of an apartment was made in the name of one person, but that flat was further sub-let to over five girls.

“All this cannot be allowed,” added Teotia, who had spearheaded the residents’ fight against developer Supertech Ltd, which led to the Supreme Court ordering demolition of the twin towers built illegally in the society’s premises.

According to locals, bachelors often face problems finding apartments or independent house on rent in the city adjoining the national capital.

“People outright deny giving their apartment to bachelors on rent. This often leaves bachelors with the only option to go through brokers, who charge a lot of money,” said Kala Trivedi, who earlier lived in a society in Noida Sector 46, but has now moved to South Delhi.

“We were two girls living in the apartment and at the time of vacating, my landlord told us that he will never rent it out to unmarried women. All this even when there was no damage to his property or any complaint from other residents in the society,” the engineering professional claimed.