'Very poor' air quality in Delhi as winds slow down 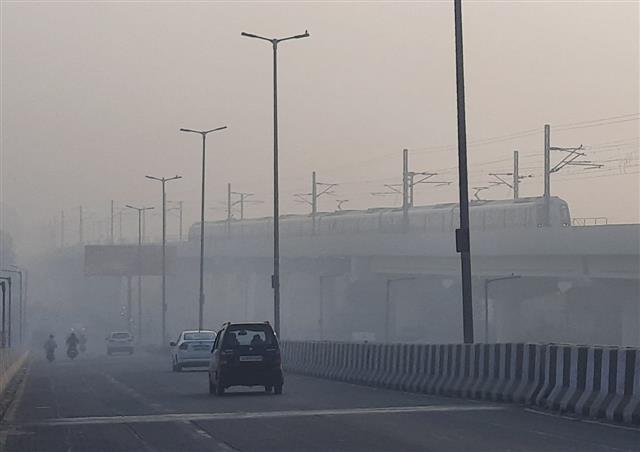 Strong winds on Sunday and Monday had led to an improvement in the air quality.

The 24-hour average AQI read 290 on Tuesday, the second best AQI reading this month since November 1 (281).

Delhi has seen very poor or severe air quality on the rest of the days.

The Delhi government will take a call on the reopening of schools, colleges and other educational institutes and work-from-home for its employees during a review meeting on Wednesday.

It will also discuss if CNG-operated trucks carrying non-essential items can be allowed to enter Delhi.

The government had on Monday lifted the ban on construction and demolition activities in view of improvement in the air quality and the inconvenience caused to workers.

The city government had on Sunday night extended work-from-home for its employees and the ban on the entry of trucks carrying non-essential items till November 26 to combat air pollution and minimise its health effects. PTI