Earlier this week, PWD officials had claimed that they have made elaborate arrangements in the tunnel to allay fears of waterlogging 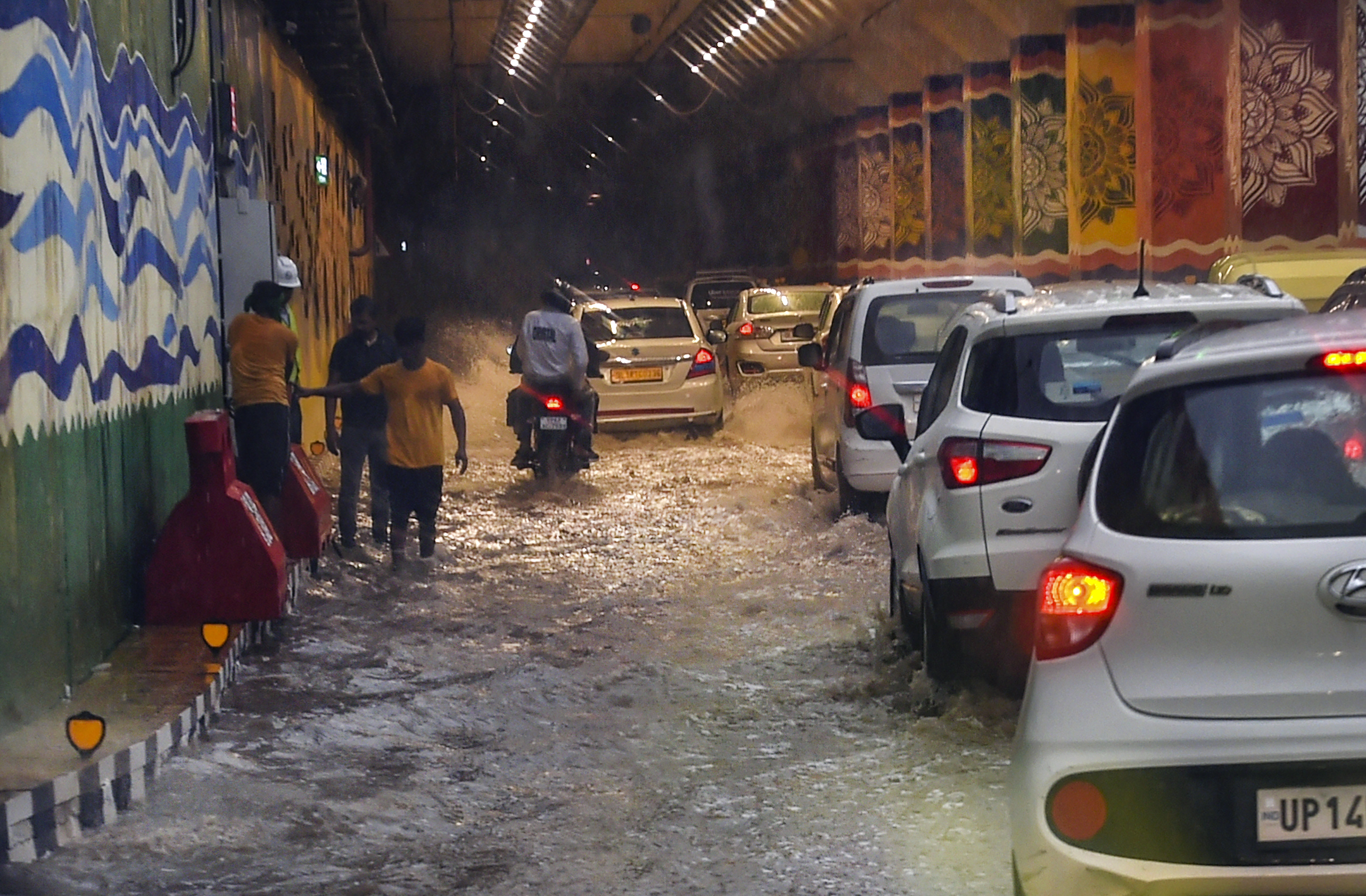 The newly-inaugurated Pragati Maidan tunnel reported waterlogging during the first monsoon rains in the city on Thursday morning.

Traffic moved at a slow pace due to waterlogging in the tunnel, which connects India Gate with the Ring Road.

Waterlogging was also seen at some of the newly inaugurated underpasses of the Pragati Maidan Integrated Transit Corridor.

A Public Works Department (PWD) official, who wished not to be named, said because of “high intensity” of rain, it took some time before the water could drain out from the tunnel.

“There was no waterlogging as such in the tunnel. Ramps of the tunnel are uncovered so rainwater directly comes into the facility and the drain pipes are mostly installed in the main tunnel area so by the time, water could get discharged, it must have got accumulated for a very brief time. It was cleared in no time,” he told PTI.

Earlier this week, the PWD officials had claimed that they have made elaborate arrangements in the tunnel to allay fears of waterlogging.

They claimed automatic pumps along with seven underground sumps have been constructed in the tunnel for swift discharge of the water.

A new drainage network of wider pipes with high water discharge capacity has been laid in and around the tunnel to discourage waterlogging, they had stressed.

Prime Minister Narendra Modi had on June 19 inaugurated the city’s first 1.3-km long tunnel and five underpasses as part of Pragati Maidan Integrated Transit Corridor Project that aims to ease connectivity between central Delhi with eastern part of the city and satellite towns of Noida and Ghaziabad.

The tunnel starts near National Sports Complex of India (NSCI) on Purana Qila Road and passes underneath the redeveloped Pragati Maidan to culminate at the Ring Road near Pragati Power station.