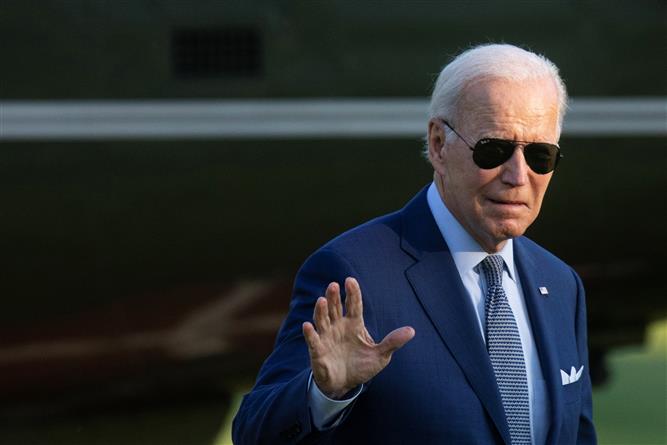 US President Joe Biden has appointed 130 Indian-Americans to key positions in his administration so far, a senior White House official has said, the best representation from the community that makes up around one per cent of the American population.

Representing the Biden administration at an event to celebrate 'Azadi Ka Amrit Mahotsava' at the US Capitol, Raj Panjabi, who is currently serving as Senior Director for Global Health Security and Biodefence on the White House National Security Council, read out a list of top Indian Americans in the US Government.

Panjabi said that US President Biden has appointed 130 Indian Americans in his administration.

“This is something to be proud of,” he said in his address to Indian Americans.

As many as 75 Indian-American organisations have come together to observe the historic milestone of India's journey after 1947. Prominent among these organisations include US India Relationship Council, Sewa International, Ekal Vidyalaya Foundation, Hindu Swayamsevak Sangh, GOPIO Silicon Valley, US India Friendship Council, and Sardar Patel Fund for Sanatan Sanskruti.

The theme for Wednesday's celebration was “Stronger Together: US-India Partnership.” “I'm proud to be part of an administration that is committed to diversity and building a government with leaders who look like and represent America,” Panjabi said.

President Biden in his Independence Day message this year noted, that as people around the world, including nearly four million Indian Americans, celebrated the 75th anniversary of India's independence on August 15, the US joined the people of India to honour its democratic journey guided by Mahatma Gandhi's enduring message of truth and nonviolence, Panjabi said.

“He said India and the United States are indispensable partners and the US India Strategic Partnership is grounded in our shared commitment to the rule of law and the promotion of human freedom and dignity,” Panjabi said.

Ajay Jain Bhutoria, member of the President's Advisory Commission on Asian Americans, Native Hawaiians, and Pacific Islanders said, "India US relationship has been deepening in several past years." According to the list prepared by Indiaspora, more than 40 Indian-Americans have been elected to various offices across the country. Four are in the House of Representatives -- Dr Ami Bera, Ro Khanna, Raja Krishnamoorthi and Pramila Jayapal. This includes four Mayors.

Led by Indian-Americans Sunder Pichai of Google and Satya Nadella of Microsoft, there are over two dozen Indian-Americans heading US companies. Among others include Shantanu Narayen of Adobe, Vivek Lall of General Atomics, Punit Renjen of Deloitte, and Raj Subramaniam of FedEx.