Krishnamoorthi said there has been disturbing rise in hate crimes, violent acts against Sikh-American community 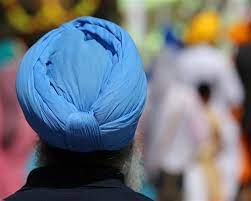 Indian-American Congressman Raja Krishnamoorthi has entered a statement into the Congressional record to recognise April as ‘Sikh appreciation and awareness month' in his home state of Illinois.

Underscoring the importance of the recognition, Krishnamoorthi said there has been a disturbing rise in hate crimes and violent acts perpetrated against the Sikh-American community.

“Madam Speaker, today I rise to recognise the month of April as ‘Sikh appreciation and awareness month' in my home state of Illinois,” Krishnamoorthi said in a statement submitted into Congressional record.

This recognition, he said, is timely, given the disturbing rise in hate crimes and violent acts perpetrated against Sikh-Americans, most recently on April 15 at a Federal Express facility located in Indianapolis in which four Sikhs, including three women, were killed.

The first followers of the Sikh religion emigrated to the United States over 125 years ago, where they found work on farms located in California and the lumber mills of Washington state, he said.

Despite suffering persecution and discrimination, these patriotic Sikh-Americans persevered and found ways to participate in civic life, including service in the United States Army, he added.

“In 1918, Sergeant Bhagat Singh Thind was the first serviceman in the history of the United States Army allowed to wear a turban as part of his military uniform. Sikh-Americans continued to proudly serve with distinction in the Second World War, Korean War, Vietnam War and in our conflicts in Afghanistan and Iraq,” Krishnamoorthi said.

In addition to military service, Sikh-Americans have made countless contributions to our common good, he said.

“They include scientists like Dr Narinder Singh Kapany, who is widely known as the ‘father of fiber optic technology' and Dr. Gurtej Singh Sandhu, one of the world's most prolific inventors. They include artists and musicians like Grammy nominee Snatam Kaur Khalsa, and activist and award-winning filmmaker Valarie Kaur,” Krishnamoorthi said.

“They include entrepreneurs like Waris Ahluwalia, an actor, model, and businessman. And they include men and women called to public service like Dalip Singh Saund, who in 1957 became the first Asian-American, Indian-American and member of a non-Abrahamic faith to be elected to serve in this House of Representatives,” he added.

During this month of appreciation for Sikh-Americans, Krishnamoorthi said he wants to officially recognise the contributions of the more than 7,00,000 members of the United States Sikh community to business, the arts, science, medicine, literature and philosophy.

“Additionally, I ask all Americans to take to heart the Sikh religion's belief in the sanctity of each person, respect for freedom of religion, and creed that community service is the foundation for living a good life,” he said. PTI