Gupta is currently serving as president and CEO of the Leadership Conference on Civil and Human Rights. If confirmed by the US Senate, Gupta would be the highest-ranking Indian-American in the Department of Justice 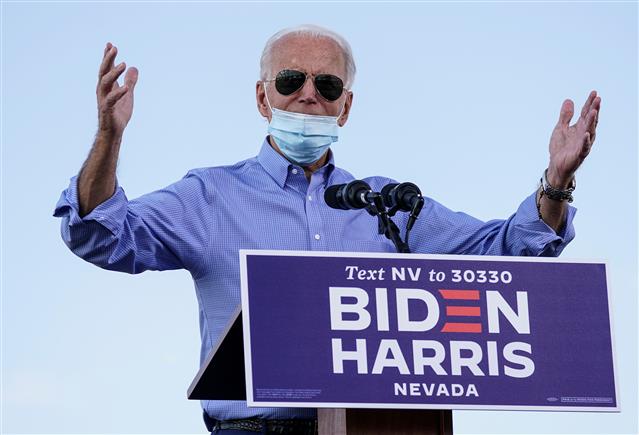 US President-elect Joe Biden on Thursday nominated Indian-American Vanita Gupta to be the associate attorney general and roped in Judge Merrick Garland for the position of attorney general.

“Our first-rate nominees to lead the Justice Department are eminently qualified, embody character and judgment that is beyond reproach, and have devoted their careers to serving the American people with honour and integrity,” Biden said.

“They will restore the independence of the Department so it serves the interests of the people, not a presidency, rebuild public trust in the rule of law, and work tirelessly to ensure a more fair and equitable justice system,” he said.

Gupta, 46, is currently serving as president and CEO of the Leadership Conference on Civil and Human Rights. If confirmed by the US Senate, Gupta would be the highest-ranking Indian-American in the Department of Justice.

They are among the “most accomplished” legal minds in our country who also reflect the best of America's full range of talents and background, Biden said.

“I am honoured they accepted this call to serve at such a critical time in our nation's history,” he said.

A former acting assistant attorney general and one of the best-known and most respected civil rights attorneys in America, Gupta would be the first woman of colour to serve in this role. She has spent her career fighting successfully for greater equity in our justice system and advancing the rights and dignity of every American, Biden's transition said.

Gupta served as acting assistant attorney general for the Civil Rights Division — the chief civil rights prosecutor for the United States. She is a successful consensus builder on tough issues, with years of experience in managing complex settlements and advocacy experience.

Judge Garland is an independent jurist on the United States Court of Appeals for the District of Columbia. A consensus-building voice, Garland has worked under Democratic and Republican administrations.

He led investigations into some of the most high-profile cases and crises in modern history and coordinated the government's response to the Oklahoma City bombing.

Judge Garland’s nomination underscores the President-elect’s commitment to restore integrity and the rule of law, boost the morale of the dedicated career professionals at DOJ, and build a more equitable justice system that serves all Americans, the transition said.

Monaco, a veteran prosecutor and dedicated public servant, served in the Department of Justice for fifteen years, as assistant attorney general for National Security, a senior official in the Office of the Deputy Attorney General and as a career prosecutor.

She has been a trailblazer for women in national security. She was the first woman confirmed as assistant attorney general for National Security and was one of the most senior women on former president Barack Obama’s national security team.

“Fidelity to the rule of law forms the bedrock of America’s democracy. And in the face of both the damage that has been done to our Justice Department and our country’s long-overdue reckoning on racial injustice, these are the right leaders to meet this moment,” Vice President-elect Kamala Harris said.

“These Justice Department veterans will not only help make sure justice is applied equally across our country, they will also restore integrity and independence to the Justice Department, helping rebuild the American people’s trust in the institution,” she said. PTI