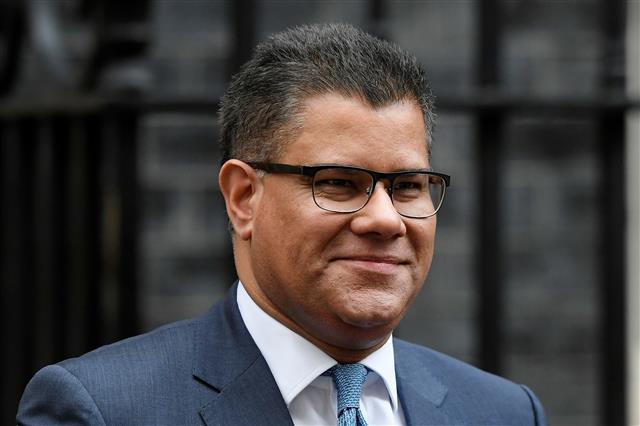 Alok Sharma, one of the Indian-origin ministers in UK Prime Minister Boris Johnson’s cabinet, has relinquished his role as Business Secretary in a mini-reshuffle to take sole charge as President of COP26 — the United Nations climate summit scheduled for Glasgow, Scotland, in November.

The Agra-born minister, who was until now in charge of dual roles, will focus entirely on what has been dubbed as the largest summit the UK has ever hosted, bringing together representatives from nearly 200 countries, including India.

Downing Street said on Friday that Johnson had asked Sharma to take on the new charge to drive forward coordinated global action to tackle climate change to meet the high ambitions for the summit.

“The biggest challenge of our time is climate change and we need to work together to deliver a cleaner, greener world and build back better for present and future generations,” said Sharma.

“Through the UK’s Presidency of COP26 we have a unique opportunity, working with friends and partners around the world, to deliver on this goal. Given the vital importance of tackling climate change, I am delighted to have been asked by the Prime Minister to dedicate all my energies to this urgent task,” he said.

The COP26 President will be based in the UK Cabinet Office, continuing as a full member of Cabinet, and will chair the Climate Action Implementation Committee to coordinate government action towards net zero by 2050 in the run up to the November summit.

“A successful summit in November will be critical if we want to meet the objectives set out by the Paris Agreement and reduce global emissions. The UK has set a high bar, with our recent commitment to reduce emissions by at least 68 per cent by 2030 but we also need other countries to do their bit,” Downing Street said.

Sharma has been described as a “leading force” behind the UK’s climate diplomacy, since assuming the role in February 2020. The Climate Ambition Summit co-hosted by the UK in December last year saw 75 world leaders set out new commitments to climate action.

Kwasi Kwarteng, who was a minister of state in the Business department, has been promoted to take over from Sharma as Secretary of State for Business, Energy and Industrial Strategy.

Anne-Marie Trevelyan will step into Kwarteng’s place as Minister of State for Business, Energy and Clean Growth. She will also continue in her role as the UK’s International Champion on Adaptation and Resilience for the COP26 Presidency, supporting countries vulnerable to climate change to adapt to its impacts and build resilience.

Downing Street said the changes were part of the government’s Ten Point Plan on going further and faster towards a greener future, including committing to end the sale of new petrol and diesel vehicles by 2030, supporting renewable energy projects across the UK, investing in technology and transforming the energy efficiency of the UK’s homes and public buildings. PTI