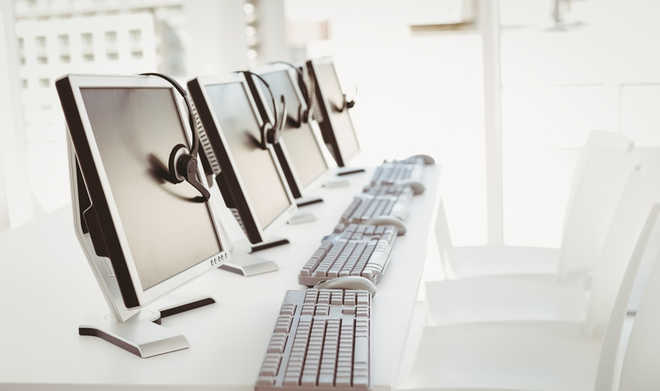 Digging roots of the fake call centre scam in which nationals of the UK, the USA and Canada were duped, the crime branch of the Ludhiana police managed to identify the UK-based NRI, Ashish, a native of Gujarat. Photo for representation only

Digging roots of the fake call centre scam in which nationals of the UK, the USA and Canada were duped, the crime branch of the Ludhiana police managed to identify the UK-based NRI, Ashish, a native of Gujarat. He is the one, who was managing bank accounts in the UK, in which crime money was deposited.

A senior police official requesting annonymity told The Tribune, “This is the first connection of the UK, who has been identified in the call centre scam.”

Development came after the police nabbed Naman Sukhadiya of Gujarat, who was in touch with Ashish, to transfer funds from the UK to India.

“This person has opened bank accounts in the UK. Money deposited by nationals of the UK was being transferred in these accounts. Suspects sent this money to India via Hawala routes and direct transfer to Indian bank accounts,” revealed a senior police official.

As per sources, 60 banks accounts, which were opened on names of NRIs, UK nationals and other identities, had been identified by the police. Now, the financial investigation unit (FIU) wing of the Punjab Police would communicate with the UK government via the Indian Government channel to freeze these accounts and inquire the volume of transactions in them, the sources added.

The police said it could be possible that fake identities were used to open these accounts in the UK.

Now, the police are trying to identify the USA and Canada-based persons, who were also managing crime money.