Police have charged Gursimran Sahota and Tanvir Khakh, both from Surrey, of first-degree murder 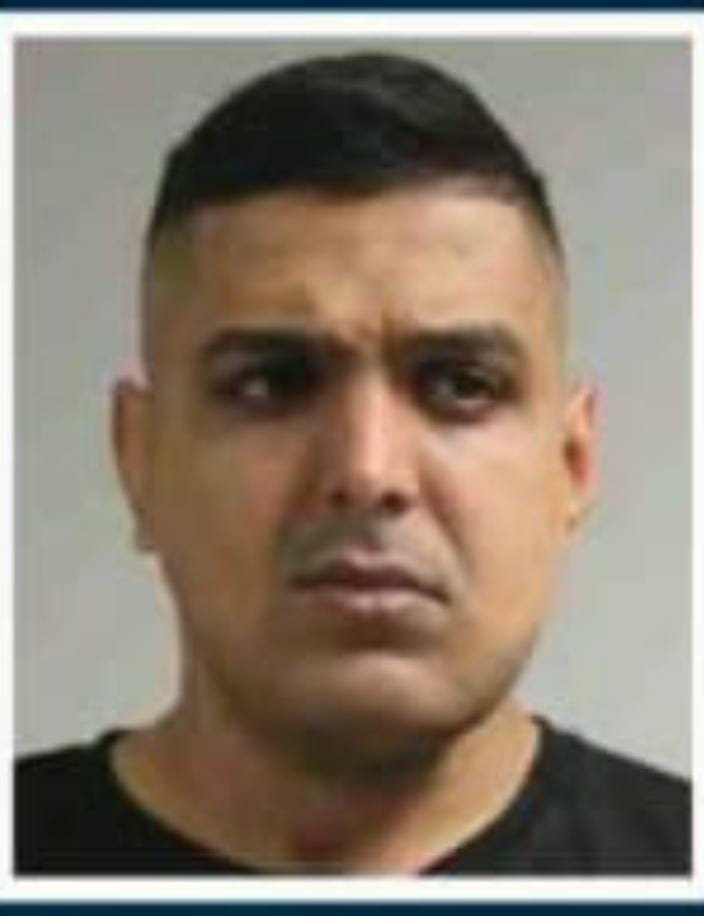 The Whistler police (Canada) on Tuesday announced the arrest of five persons, including 24-year-old Gursimran Sahota and 20-year-old Tanvir Khakh, in gangster Meninder Dhaliwal's killing at the British Columbia resort village of Whistler.

The police have charged Gursimran Sahota and Tanvir Khakh, both from Surrey, of first-degree murder.

Three others were arrested along with Khakh and Sahota. The extent of their involvement is still being determined. This investigation is still ongoing.

Meninder Dhaliwal and Satindera Gill were killed on Sunday at the British Columbia resort village of Whistler.

The incident was reported 10 days after an eerily similar killing of Ripudaman Singh Malik, who had been acquitted of charges of bombing an Air India plane.

The two latest victims were shot in broad daylight while sitting in a car in a public place like Ripudaman Malik and as in that incident, a car was also found burning nearby, according to media reports.

Dhaliwal, along with his brother Barinder, was on a list of six men, four of them of Indian descent, released last year by the Vancouver Police Department which called them "gangsters" who "pose a significant risk to the safety of the public". 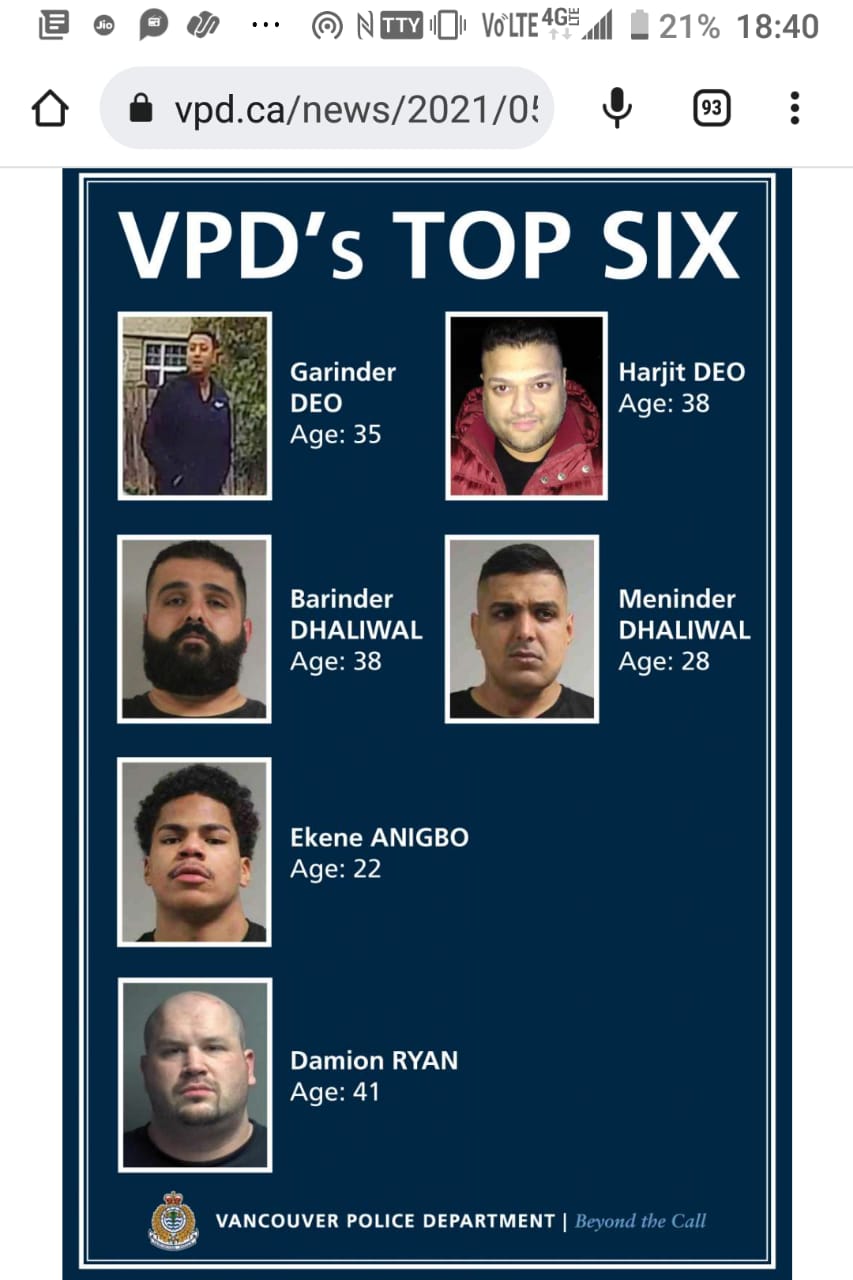 Police Chief Adam Palmer warned while releasing their pictures, "Our police intelligence leads us to believe that the individuals we have identified today may be targeted by rival gang members".

Dhaliwal was a member of a gang known as "Brothers Keeper" (BK), while Gill was not known to be involved with gangs, the Vancouver Sun reported.

CTV said that the Integrated Homicide Investigation Team (IHIT) confirmed Dhaliwal and Gill had been targeted and the shooting was linked to an ongoing gang conflict in British Columbia's Lower Mainland region that includes Vancouver.

#Langley #Shooting #UPDATE
BC RCMP confirming that police shot and killed a male suspect in Langley incident. 04 individuals have been shot, 02 dead, 01 in cititical condition, 01 serious injured. @iiobc notified. Police not sure about motive yet.@BCRCMPMedia @BCRCMP 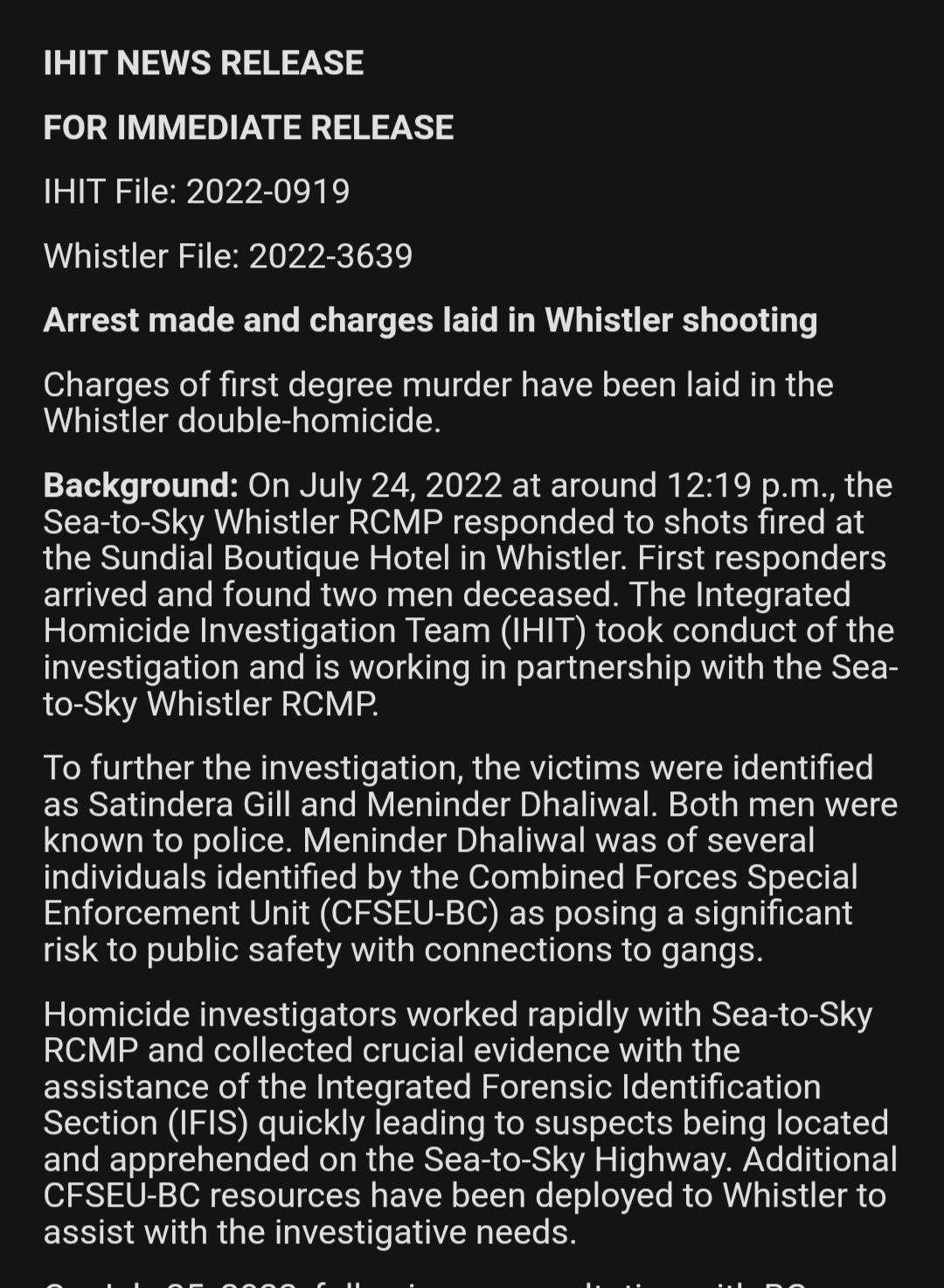 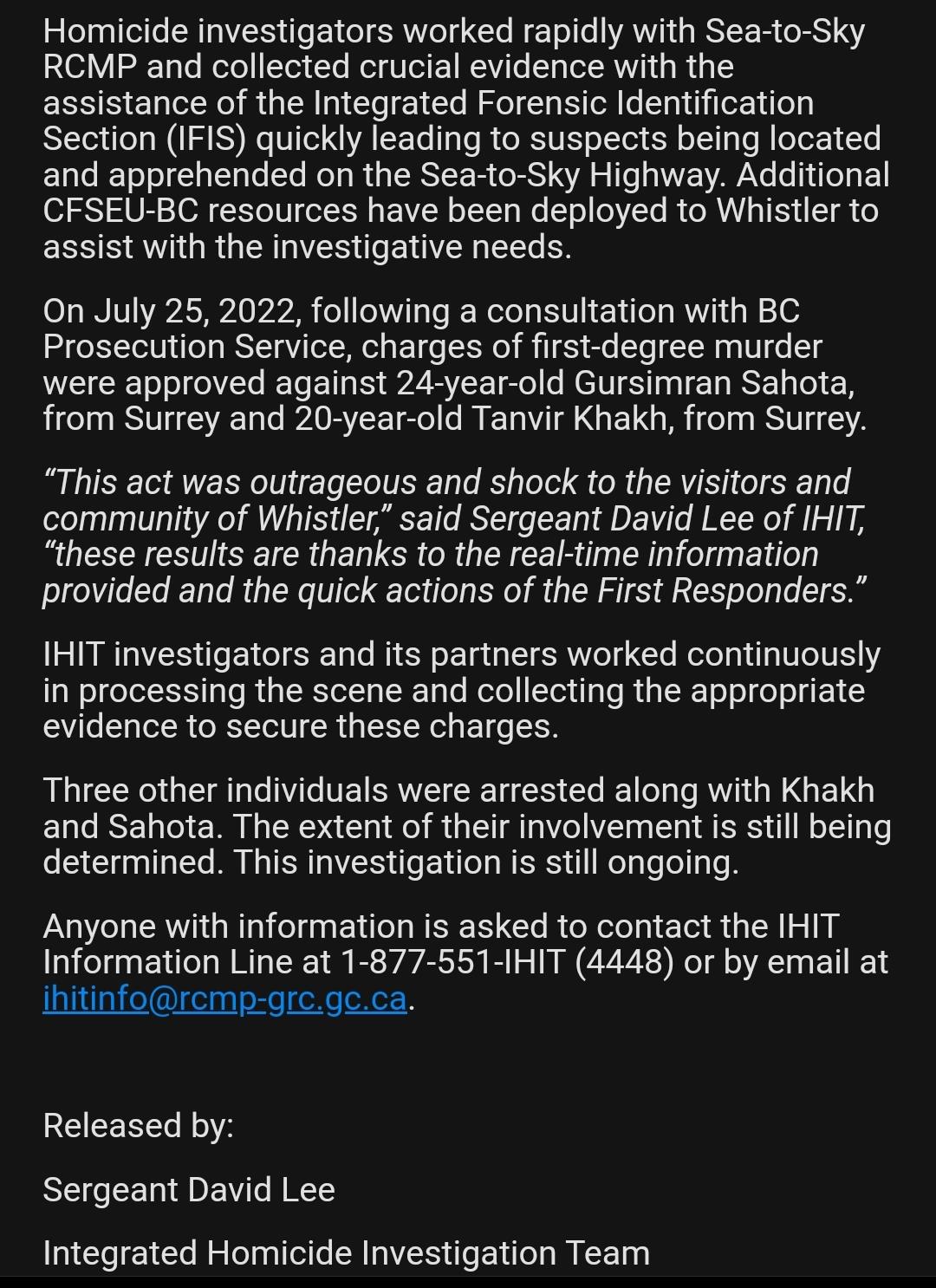