From just 195 in 1921, Sikhs now number 13,000 in the island nation. An exhibition highlights their phenomenal contribution 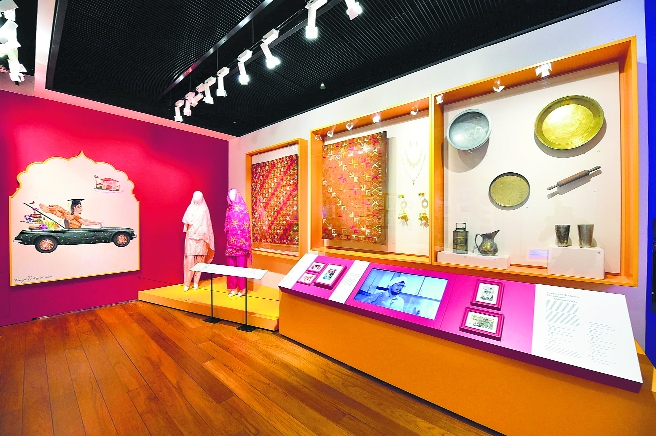 The Sikh community in Singapore may number just 13,000, but it is by no means obscure, thanks to the several high-profile Sikh professionals, businessmen, sportsmen and armed forces personnel who have made a name for themselves and contributed meaningfully to the island nation.

Among the earliest recorded Sikhs in Singapore was Bhai Maharaj Singh, who, along with his disciple Khurruck Singh, had been deported to Singapore as a state prisoner in 1850 for his role in the Anglo-Sikh wars. It was in 1881, after the setting up of the Sikh Police contingent in Singapore, that Sikh migrants started arriving in large numbers.

To honour this nascent community, the Indian Heritage Centre (IHC), Singapore, has put together an exhibition that celebrates the Sikh culture and heritage. ‘Sikhs in Singapore — A Story Untold’ features 450 carefully curated artefacts that provide a microcosm of the journey of the Sikhs. The displays are divided into three parts to showcase their beginnings in Punjab, the story of their migration to Singapore and their lives there.

“Much of the Singaporean Sikh identity, its history, beliefs and traditions have been kept alive by being passed down through successive generations of Sikhs. As such, it was crucial that we worked closely with the community to capture the myriad facets of their heritage so that everyone can gain a deeper understanding and appreciation of the Sikh identity in Singapore,” explains Malvika Agarwal, the curator.

The Sikhs gradually moved beyond their roles in the military or police force. They worked as bodyguards, watchmen, dairy farmers, moneylenders or businessmen. The presence of statues of Sikh guards, among Chinese graves, is one of the most potent symbols of how the Sikhs were considered so brave and dependable that they were given the jobs of guarding their masters in death, just as they had done in life.

The census of 1921 recorded only 195 Sikhs in Singapore, but the numbers were set to rise. During World War II, they volunteered in large numbers to serve the British Indian Army. Many of them received commendations and medals for their bravery.

In post-war Singapore, Hardial Singh & Co and Gian Singh & Co were businesses helmed by Sikhs that made a name for themselves as wholesalers and retailers in the textile trade. Many of these families are nostalgically remembered even today for their generosity and dedication to the religious and welfare needs of the community and for raising the prestige of the community in the public eye.

With the spread of education, they took on the roles of clerks and court interpreters for the colonial government and, in later years, were employed as accountants, teachers, lawyers and doctors.

For the nation, and society

The family of Col Gurcharan Singh (retd) is among the early migrants who made Singapore their home. His grandfather was a prominent cattle dealer in the early 1900s. The family subsequently opened a dairy farm. When the cattle trade was no longer viable, Singh’s father changed professions to become successful moneylenders. Singh’s story embodies the life of a typical Sikh migrant who has made a name for himself and earned respect due to his hard work and integrity towards his chosen profession.

Fondly nicknamed ‘Father of the Engineers’, Singh studied to be an engineer, but his father persuaded him to join the Singapore Armed Forces (SAF). “Singapore had just gained Independence. It was both a mix of my father’s desire for me to follow the Sikh tradition of sending sons into the armed forces to serve the nation, as well as the stability of a permanent government job that made him do so,” explains Singh. He was one of the key personnel involved in setting up the Singapore Combat Engineers Corps. He served as a Commandant of the Singapore Command and Staff College and as the Assistant Chief of General Staff (Operations) of the Singapore Army.

Not limiting himself to SAF, Singh also held positions as president of the Singapore Rugby Association and Singapore Cricket Club, to name just a few. As the president of Singapore Khalsa Association, he was involved in building three gurdwaras in the city and raising the standard and range of activities available to its members. He continues to be informally involved in what he refers to as his “national service to the community and society”.

His two younger brothers have also made a name for themselves in the medical profession and are well known for their enthusiasm and charitable nature.

Another prominent Singapore Sikh, Justice Choor Singh Sidhu, came to Singapore as a child in 1915 to join his father, who was already working as a jaga (night watchman). He went on to be a judge of the Supreme Court of Singapore and was well known for his philanthropy and books on Sikhism.

At the exhibition, in a pre-recorded message, guest of honour Tharman Shanmugaratnam, a senior minister, lauded the showcasing of Sikhs and their belief in chardi kala (positivity in the face of difficulties) which enables them to continue to support each other, as well as other Singaporeans at all times. He particularly mentioned how they stepped up to do ‘seva’ during the Covid-19 crisis. At one time, more than 10,000 meals were being provided free of cost every week to Singaporeans irrespective of their race, nationality or religion.

Today the Sikhs form the fourth largest sub-ethnic group within the Indian community. They have evolved and assimilated in Singapore and made it their home. The younger generation has continued the good work of their immigrant forefathers and believes in contributing to nation-building while staying connected to the roots.