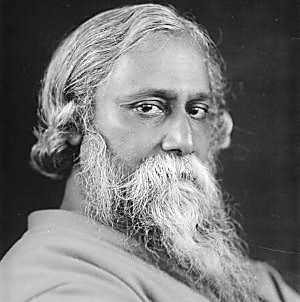 The centenary celebration of Nobel Laureate Rabindranath Tagore's visit here in February 1921 was held amidst freezing temperatures at the Tagore Grove memorial in Ray Miller Park on Saturday, followed by a virtual concert the next day with presentations of the poet's music and recitation.

The two-day event, organised by the Tagore Society of Houston (TSH), was attended by Consul General of Houston Aseem Mahajan, a few invited guests and TSH members, keeping in mind the pandemic restrictions.

The Tagore Grove Memorial has a life-size bronze statue of Tagore unveiled in 2013 at Ray Miller Park located in the Energy Corridor. This is the sixth full figure statue of the poet erected outside his birthplace, Kolkata, and first in the US.

Led by its president Gopendu Chakrabarti, the TSH welcomed the guests and highlighted Tagore's message of universalism and world peace, so very appropriate for a diverse city like Houston.

Speaking at the event, Consulate General of Houston, Aseem Mahajan, elaborated on the relevance of Tagore's travels, writings and visions of international brotherhood in the world of today and of the city of Houston in particular being a melting pot of different cultures.

“It's great to celebrate the momentous occasion of Tagore's visit to Houston a century ago, to deliver a lecture at Rice University as part of his second transcontinental lecture tour in America. And this evoked considerable interest in his literary and other works across the United States,” he said.

“The Consulate is looking forward to working together to deepen the cultural ties and people-to-people contacts between India and the US,” Mahajan said, highlighting Tagore's message of a borderless world. PTI