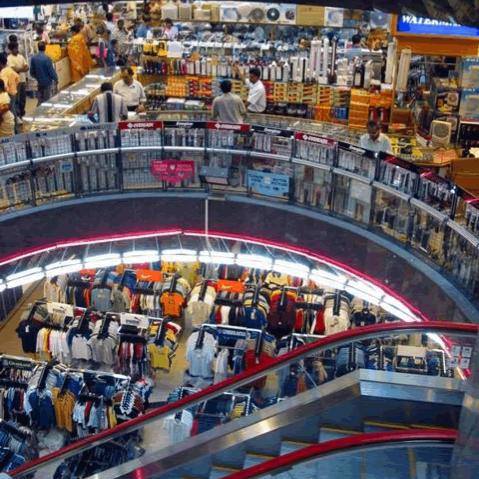 Singapore's largest Indian origin hypermarket, Mustafa Centre, on Monday said it will send home its foreign workers, mostly Indian nationals, whose work passes have expired, as its business has been hard hit by the Covid-19 pandemic.

The company will also stop paying employees who have not been called to work a ‘sustenance allowance’ – believed to be SGD300 per month – and it urged this group of staff to take on a second job to earn an income, according to media reports on Monday.

In a letter addressed to all employees of the Mustafa group and its related companies, managing director and founder Mustaq Ahmad said the company was unable to renew the work passes of its foreign workers and would pay for their return ticket home.

It will give these foreign workers a month's basic salary as a token, said Mustaq in the letter dated August 27 which was circulating on the social media on Sunday.

"We regret to have to resort to these decisions but hope that businesses will come back to normal as soon as possible," The Straits Times quoted Mustaq as saying in the letter.

Mustaq said the company would stop paying the sustenance allowance – given to staff since June – from October 1 as it needs to reduce payroll costs.

The business has been badly affected by the coronavirus, he said, noting that not all employees can return to work due to reduced opening hours and strict safe distancing measures at the popular shopping mall.

"We do not expect our business to return to the pre-Covid days as our (Singapore's) international borders are all closed. It will take longer than expected," said Mustaq.

A manager at the store, who did not want to be identified, said business had plummeted to just 20 per cent of what it used to be before Covid-19.

Tourists and foreign workers used to be the store's main source of revenue, but they have "all but disappeared", said the manager.

Mustaq, who noted that some staff members had begun finding jobs elsewhere, said the company would waive notice periods for resignations and give those who resign a month's basic salary as a token of appreciation.

The company is also working with the Singapore Manual and Mercantile Workers Union, the Employment and Employability Institute and NTUC to help its staff find jobs, he said.

The woes of the six-storey mall along Syed Alwi Road in Little India began after it was identified as a Covid-19 cluster and closed on April 2.

It is believed to have been the starting point for thousands of coronavirus infections at foreign worker dormitories.

Workers were likely infected after visiting the centre, where some employees had fallen ill, and they set off a chain of infections among co-workers and dormitory mates.

Mustafa Centre reopened on May 6 with reduced opening hours from 9.30 am to 11.30 pm, intending to eventually resume its trademark 24-hour operations.

But almost four months later, the mall has not done so, owing to high operational costs and a lack of cash flow due to a plummeting number of visitors.

A large proportion of foods sold at Mustafa Centre are of Indian origin while it also sells other global brands, including electronic products, being most popular among Indian tourists visiting Singapore. PTI