The move will affect thousands of Indian IT professionals 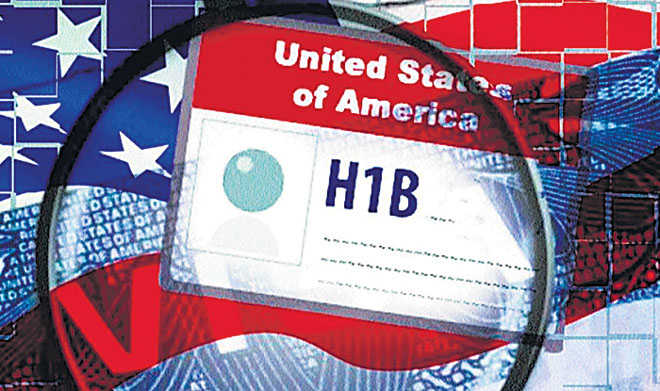 The H-1B visa is a non-immigrant visa that allows US companies to employ foreign workers in speciality occupations that require theoretical or technical expertise. File photo

The Democratic Party has criticised President Donald Trump for announcing "sweeping changes" to the H-1B non-immigrant visa programme in decades without public scrutiny, saying it is clearly an attempt to score last-minute political points ahead of the November 3 presidential election.

In a move which will affect thousands of Indian IT professionals, the Department of Homeland Security (DHS) on Tuesday announced the interim final rule, which, the Trump administration said, is aimed at protecting American workers, restoring integrity and to better guarantee that H-1B petitions are approved only for qualified beneficiaries and petitioners.

House Judiciary Committee Chairman Jerrold Nadler on Wednesday said: “With less than 30 days to go before the elections, the Trump administration announced that it would implement the most sweeping changes to the H-1B visa programme we have seen in decades — and will do so by skirting the normal notice and comment process required by the Administrative Procedure Act.”

The powerful Democrat from New York said while the programme could certainly benefit from reforms, the US laws required that the public be provided with adequate notice and a meaningful opportunity to comment before such reforms are implemented.

“This simply cannot be accomplished to the degree required through an interim final rule and the administration knows this. This is clearly an attempt to score the last-minute political points,” Nadler said.

The technology companies depend on it to hire tens of thousands of employees each year from countries like India and China.

Such a decision by the Trump administration will have an adverse impact on thousands of Indian IT professionals. Already a large number of Indians on the H-1B visas have lost their jobs and are headed back home during the coronavirus pandemic that has severely hit the US economy.

Immigration and Citizenship Subcommittee Chair Zoe Lofgren said that over the years, she had introduced several bills that would reform the H-1B programme to prohibit substandard wages and ensure that unscrupulous employers don't abuse the system to the detriment of US workers.

“While the system needs updating, changes, this must not be rushed through without adequate input from the public.

“Further, the Congress set forth very clear parameters when it created the H-1B programme and the administration has admitted that the new DHS rule will affect more than one-third of H-1B petitions that have been lawfully filed and approved for decades,” she said, adding that she expects this too will be quickly enjoined by the court as has been the case with so many of this administration's "unlawful" policies.

Reacting to the criticism, the ruling Republican Party leaders said that the move would address abuses in the high-skilled guest worker programme used to “displace” American workers with low-paid foreign labour.

Republican Senator Chuck Grassley applauded the Trump administration's move to “crack down on widespread abuses” within the H-1B visa programme.

“I have long expressed concern that the H-1B programme, as it currently operates, undermines the wages and job opportunities of American workers and contains inadequate protections for American and immigrant workers alike.

“Instead of being used to fill legitimate gaps in the labour force, the H-1B programme is often abused to simply replace American workers with cheap guest worker labour. That abuse needs to stop and I strongly support the efforts,” Grassley said. PTI