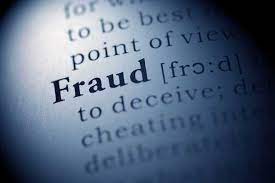 A host of companies linked to the influential Indian-origin Gupta brothers received a total of over 49 billion rands in irregular payments.

A host of companies linked to the influential Indian-origin Gupta brothers received a total of over 49 billion rands in irregular payments from a number of parastatal corporations in South Africa, a witness has claimed at the Commission of Inquiry into State Capture.

Ajay, Atul and Rajesh Gupta have been accused of siphoning billions of rands from the state-owned corporations through their alleged closeness to former South African president Jacob Zuma.

The family, which is from Saharanpur in Uttar Pradesh and controls a slew of South African companies, has denied the allegations and challenged anyone to prove them.

Paul Edward Holden, a researcher with the London-based Shadow World Investigations, explained that hundreds of financial transactions and bank statements were studied to arrive at detailed conclusions about the sources of funds and the companies used in the money laundering that are listed in the report.

Among the companies listed as having received irregular payments from state-owned enterprises is Neotel, in which Tata Communications held a majority interest until it sold its stake to Liquid Telecom in 2016.

The report says Neotel received over 5.6 billion rands for what was called network services and CCTV installations from the national rail network operator Transnet, which is currently in disarray with many railway stations nationwide stripped bare by vandalism.

Transnet also paid about 42 billion rands to Regiment's Capital, a company run by Salim Essa, a close associate of the Guptas, and another billion rands to Trillian, where Essa also had a stake.

The Free State provincial government, including the Office of the Premier and several other departments, featured prominently in the list of money allegedly laundered between companies linked to the Gupta family to eventually end up in the account of Gateway Limited, the Gupta enterprise in Dubai.

The report said between January 2013 and January 2016, Combined Private Investigations (CPI) was making monthly payments to a Gupta Enterprise front company, which started with about 500,000 rands and went up to over a billion rands.

"Initially, the payments were made to a front company called Chivita, then Homix, then Forsure and finally Medjoul.

"The financial surveillance department of the South African Reserve Bank (intervened after) the discovery that CPI had made payments to Chivita, Homix and Forsure, which were incorrectly identified as payments made to (another company)," he added.

The Gupta family is currently in self-exile in Dubai with the South African government continuing attempts to extradite them through the United Nations (UN) as there is no extradition treaty with Dubai. They have denied the scores of allegations against them by various witnesses at the commission.

The family arrived from Saharanpur in the 1990s as democracy dawned with the release of Nelson Mandela to grow their business empire from a humble retail shoe store to a vast empire spanning information technology, mining and media.

Essa, who is also believed to be in Dubai now, wrote to the commission in March, accusing it of defaming him by leading evidence about him that was false. PTI