The UAE has banned travel from India for 10 days from Sunday. 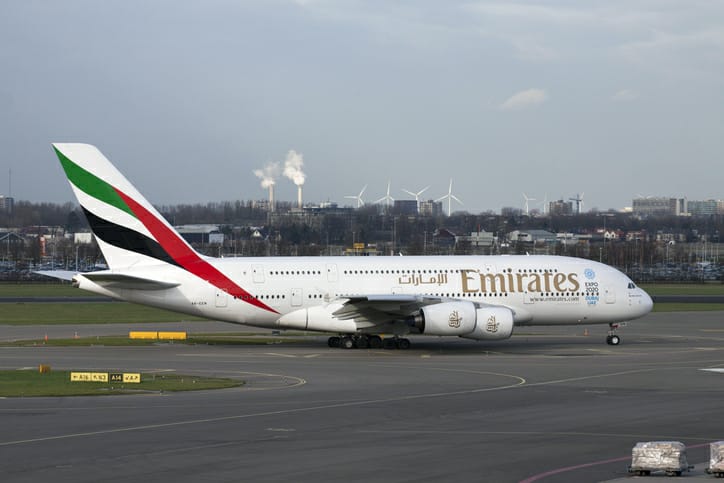 The UAE has banned travel from India for 10 days from Sunday.

The UAE's decision to ban flights from India due to the worsening COVID-19 situation in the country has upset a lot of travel plans as people are making frantic efforts to reach to their destinations before the restrictions come into effect.

The UAE has banned travel from India for 10 days from Sunday. The ban will come into effect from 11.59 pm on Saturday, April 24, and is subject to review after 10 days, the Gulf News reported.

Passengers who have transited through India in the last 14 days will also not be permitted to board from any other point to the UAE, the report said.

However, departure flights will continue to operate and the ban will not extend to UAE citizens, diplomatic passport holders and official delegations, it said.

Hajra Memon (name changed on request) was scheduled to travel to Dubai from Kolkata on Flydubai (FZ 4016) on Saturday, April 24, which was scheduled to take off at 2 am. As soon as the announcement came, she made frantic calls to find out whether she can still fly on that schedule.

“I just wanted to make sure whether I will be allowed to board on my existing ticket as April 24 should mean the midnight separating Friday and Saturday. When all my calls went unanswered, I had to take a quick call and make a new booking for a Friday morning Emirates flight (EK571), which is scheduled to take off at 9.45 am,” she told PTI.

The Dubai-based banker said she had no choice but to pay extra money and get a seat on this flight as she could not afford to stay stranded in India for at least 10 days. “If I was assured I can still on Saturday, I wouldn't have spent the extra bucks,” Menon said.

When asked how the ban is impacting travel plans, Nazir Khan of Dubai-based Zain travels said flights are closed from the April 24 for 10 days. So, people who have a visa will either rush to travel on Friday or postpone their travel plan for 10 days, he said.

Khan said inflated airline tickets would be the costs involved in most of these cases.

“People who have their visas issued but not in a hurry to visit the UAE can defer their plans, but all tickets beyond this date will now have to be rescheduled,” he said, adding that it will take a few days to assess the losses people have incurred as a result of the ban.

However, there have also been those who were lucky to escape the travel ban. Delhi-based brothers, Naveen and Armaan, were visiting Dubai and were scheduled to leave on April 25, Sunday. But as their mother wasn't feeling well back home, they flew a couple of days ahead of the schedule.

“We really got lucky as getting stranded in Dubai for another 10 days would have been a really costly option for us,” Naveen said.

The UAE imposed a travel ban on passengers from India after the country recorded the world's highest number of 3,14,835 COVID-19 cases in one day on Thursday. PTI