Unfortunate that objectionable referendums are being allowed in a friendly country, said MEA spokesperson 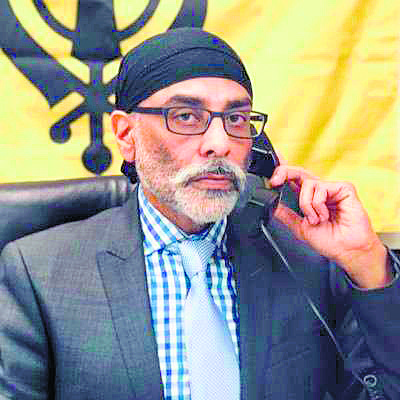 Recalling the bombing of Air India’s Kanishka aircraft, India has expressed concern over the continuing activities of the banned “Sikhs for Justice” which is preparing for a second so-called referendum on Khalistan in Toronto.

A bomb planted in Canada had exploded while Air India’s Flight 182 “Kanishka” was mid- air on June 23, 1985, killing 329 passengers and crew. This included over 280 Canadian citizens, including 29 entire families and 86 children under the age of 12.

“These objectionable referendums... it is very unfortunate that these are being allowed in a friendly country. We have reiterated the same before as well. We have conveyed our concerns to the Canadian government at different levels,” said MEA spokesperson Arindam Bagchi at a media briefing.

“We hope that these activities stop in future. India has issued an advisory as well that how anti-India activities are on a rise in Canada and how it is posing a risk to Indians. We must not forget Kanishka bombings. There have been links in the past. We have already banned the SFJ outfit,” he reminded.

The group Sikhs For Justice (SFJ) is banned in India since 2019.

India had reacted sharply to the so-called referendum in Brampton last month by asking Indian nationals and students in Canada to remain vigilant amid increasing incidents of crimes and anti-India separatist activities in the country.

The statement had also complained that the perpetrators of these crimes have not been brought to justice so far in Canada. “In view of the increasing incidences of crimes as described above, Indian nationals and students from India in Canada and those proceeding to Canada for travel/education are advised to exercise due caution and remain vigilant,” the advisory had said.