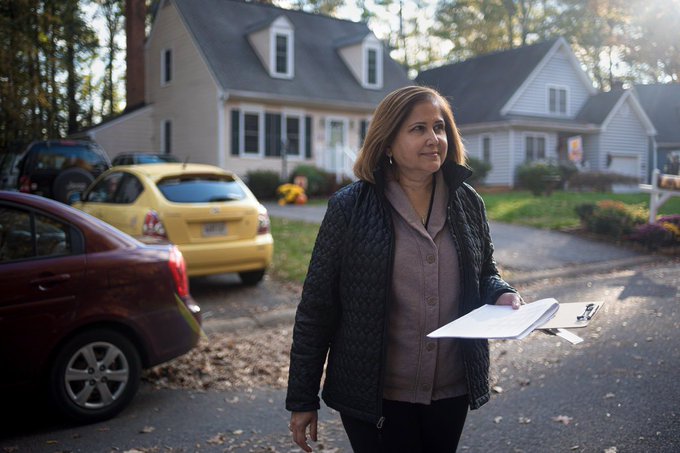 The 55-year-old Hashmi is originally from Andhra Pradesh. Image: Twitter/@Hashmi4Va

Ghazala Hashmi, an Indian-origin Democrat Senator and the first Muslim woman elected to the Virginia Senate, has said that the Indian-American community is “not polarised but segregated”, a media report said.

In an interview to the India-West magazine published online on Friday, Hashmi said: “The community is not polarized but segregated. Hindus, Muslims and Sikhs are doing their own thing, it’s insular.

“One of my goals is to transcend these divisions and build bridges.”

On being a Muslim, the 55-year-old, originally from Andhra Pradesh, said she was attacked on social media and emails but “I just didn’t pay attention”.

The Senator also claimed that “there was a lot of scepticism that I could be successful”, adding that a few US-based Pakistanis “were not excited when they learned I am Indian” after they thought she was one of them.

“I was quiet about being a Muslim and did not talk much about it in the workplace. Now I resolve to change that, be open and let people realise that policies directly affect people,” she told India-West.

Last November, Hashmi, a former director of the Centre for Excellence in Teaching & Learning at Reynolds Community College, became the first Muslim woman to be elected to the Virginia State Senate following her stunning victory over sitting Republican Senator Republican Glen Sturtevant.

Regarding the current political scenario in India, Hashmi told India-West that she was trying to find ways to speak about concerns, including at the federal level, “so I can help those who are being hurt”. IANS