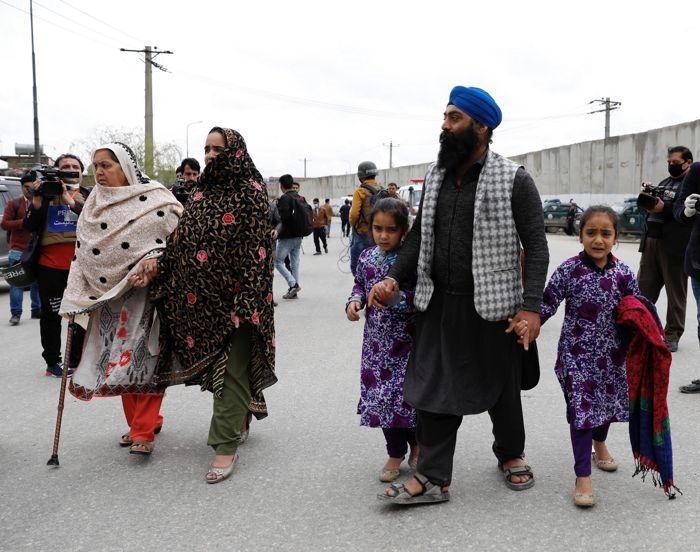 Indian-American Congressman Ro Khanna has urged the Trump Administration to give refugee status to the minority Sikh and Hindu families in Afghanistan who are increasingly facing persecution by terror outfits in the Asian country.

"There are approximately 200 Hindu and Sikh families left in Afghanistan," Khanna said in a letter to the Secretary of State Mike Pompeo and the Acting Secretary of Homeland Security Chad F Wolf, expressing concerns about the health and safety of religious minorities in the war-ravaged nation.

"The US proposed resettling 18,000 refugees in this fiscal year, including up to 5,000 individuals who are persecuted for their religion or other protected grounds. Additionally, up to 7,500 individuals can be referred to the US Refugee Admissions Program (USRAP) by a US embassy in any location," he wrote.

"Because the rampant religious violence against Afghan Sikhs and Hindus poses an existential threat for them, I urge the US Embassy in Kabul to refer Sikhs and Hindus still in Afghanistan for emergency refugee protection under the USRAP and for the Department of State and Department of Homeland Security to accept this referral without objection to ensure their safety," Khanna said.

"There are deeply troubling reports of ties between the Pakistan's Inter Services Intelligence and the terrorist organizations that carried out the 2018 and 2020 attacks, which warrant thorough investigation," Khanna said.

In 2018, a terrorist group carried out a suicide bombing on a convoy of Afghan Hindus and Sikhs that were on their way to meet with Afghan President Ashraf Ghani that killed 19 people and injured 20 others, he added.

During her funeral service, a bomb was detonated, and additional explosives were planted outside their Sikh house of worship. The terrorist group presented the mourners an ultimatum: leave Afghanistan within 10 days or suffer more attacks, he said.

According to the US State Department and US Commission on International Religious Freedom (USCIRF), Afghan Sikhs and Hindus experience systemic religious discrimination.

This persecution takes the form of restrictions on religious practices, illegal theft of their property, bullying of children, and judicial bias, he said.

"As US forces complete our departure from Afghanistan, I am deeply worried about the health and safety of Sikhs, Hindus, and other religious minorities under threat of religious persecution and genocidal violence in Afghanistan," Khanna wrote.

Khanna urged the administration to pay attention to the dire situation facing the Afghan Sikhs and Hindus and other religious minorities and enact the suggested policy to protect them. — PTI