Panchanathan earned a bachelor’s degree in Physics from the University of Madras in 1981 and in Electronics and Communication Engineering from the Indian Institute of Science in 1984. 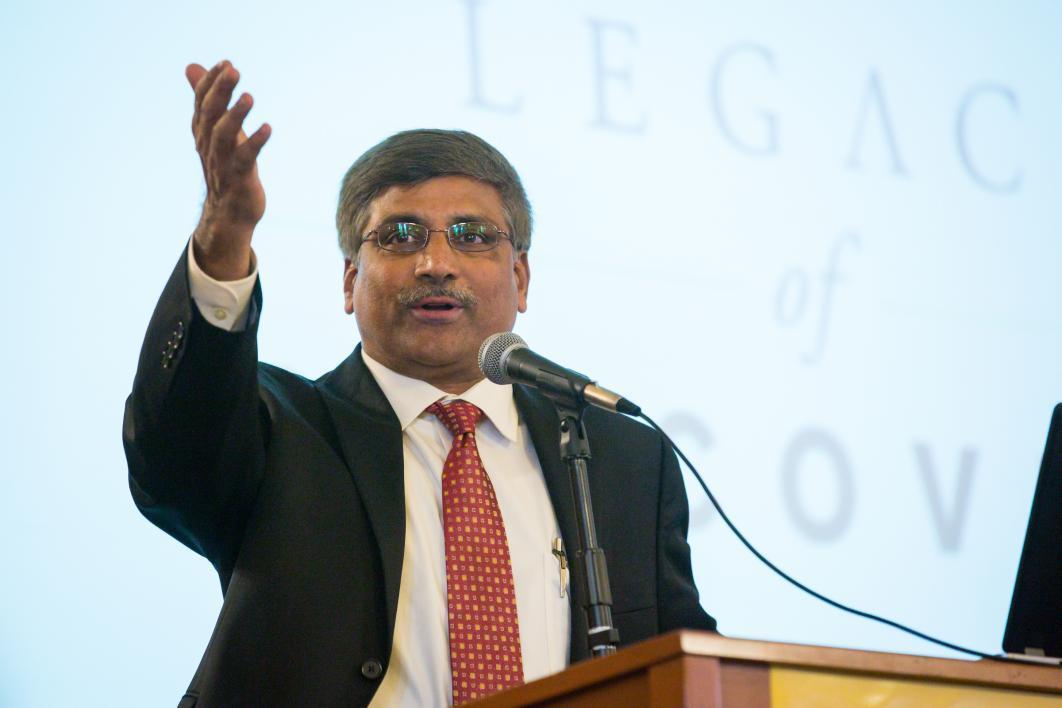 Panchanathan earned a bachelor’s degree in Physics from the University of Madras in 1981 and in Electronics and Communication Engineering from the Indian Institute of Science in 1984. Image: Twitter/@NSF

Eminent Indian-American scientist Dr Sethuraman Panchanathan has assumed charge as Director of the National Science Foundation, the top American body supporting fundamental research in non-medical fields of science and engineering in the country.

On Monday, President Donald Trump formally appointed Panchanathan as the 15th Director of the NSF, the top American science funding body that has an annual budget of USD 7.4 billion, the White House said on Tuesday, adding that it is a six-year term.

Droegemeier is expected to swear in Panchanathan on July 2, 2020.

“Dr Panchanathan has the creativity, tenacity, communication skills, understanding of the research enterprise, and commitment to lead this agency successfully and continue moving the scientific enterprise forward on the endless frontier. I’m excited to see him make his mark and take the agency to the next level, and I look forward to working with him,” said Droegemeier.

Soon after taking helms, Panchanathan identified three pillars of his vision for the NSF: advancing research into the future, ensuring inclusivity and continuing global leadership in science and engineering.

He has a long history of doing exactly those things. His current position, which he has held for the past nine years at Arizona State University, has allowed him to lead the Knowledge Enterprise, which has advanced research, innovation, strategic partnerships, entrepreneurship and global and economic development, the NSF said.

“Right now, the world faces significant scientific challenges - most obviously a pandemic, but in addition to providing creative solutions to address current problems, our eyes are on the future, leveraging partnerships at every level and encouraging diversity that breeds new ideas for a robust pipeline of young scientists,” said Panchanathan.

He is the second Indian-American ever to be nominated to the prestigious science position. The first was Dr Subra Suresh who served from October 2010 to March 2013.

“It is only through that expansive perspective on the scientific and engineering enterprise that we can recognize the brightest ideas and nurture them into tomorrow’s world-class technological innovations,” Panchanathan said.

“World-class science requires talented scientists and engineers drawn from every corner of our nation—from remote rural areas to the largest urban centers. The best science is shaped by a wide range of perspectives,” he said.

The top Indian-American scientist said that he wanted people to get excited by science and have the opportunity to be part of the scientific enterprise.

“It is our responsibility to inspire talent and find ways to catalyse innovation across our country. NSF has a proven record in this area; that includes program and its emphasis on broadening participation is an example of NSF’s forward thinking,” he said.

In a statement, Panchanathan noted that it was NSF’s mission of funding basic research that has yielded groundbreaking discoveries over the years.

“Advancing basic research is our fundamental purpose and looking to cutting-edge areas such as artificial intelligence, quantum computing, and big data will accelerate our science and technology progress in the coming years. I am excited by the National Science Board’s (NSB) Vision 2030 strategic plan which is an excellent framework for advancing science and technology,” he added.

He served as a chair in the Council on Research within the Association of Public and Land-Grant Universities.

He began his career at Arizona State and founded the Center for Cognitive Ubiquitous Computing (CUbiC), a group that designed technologies and devices to assist people with disabilities. —PTI