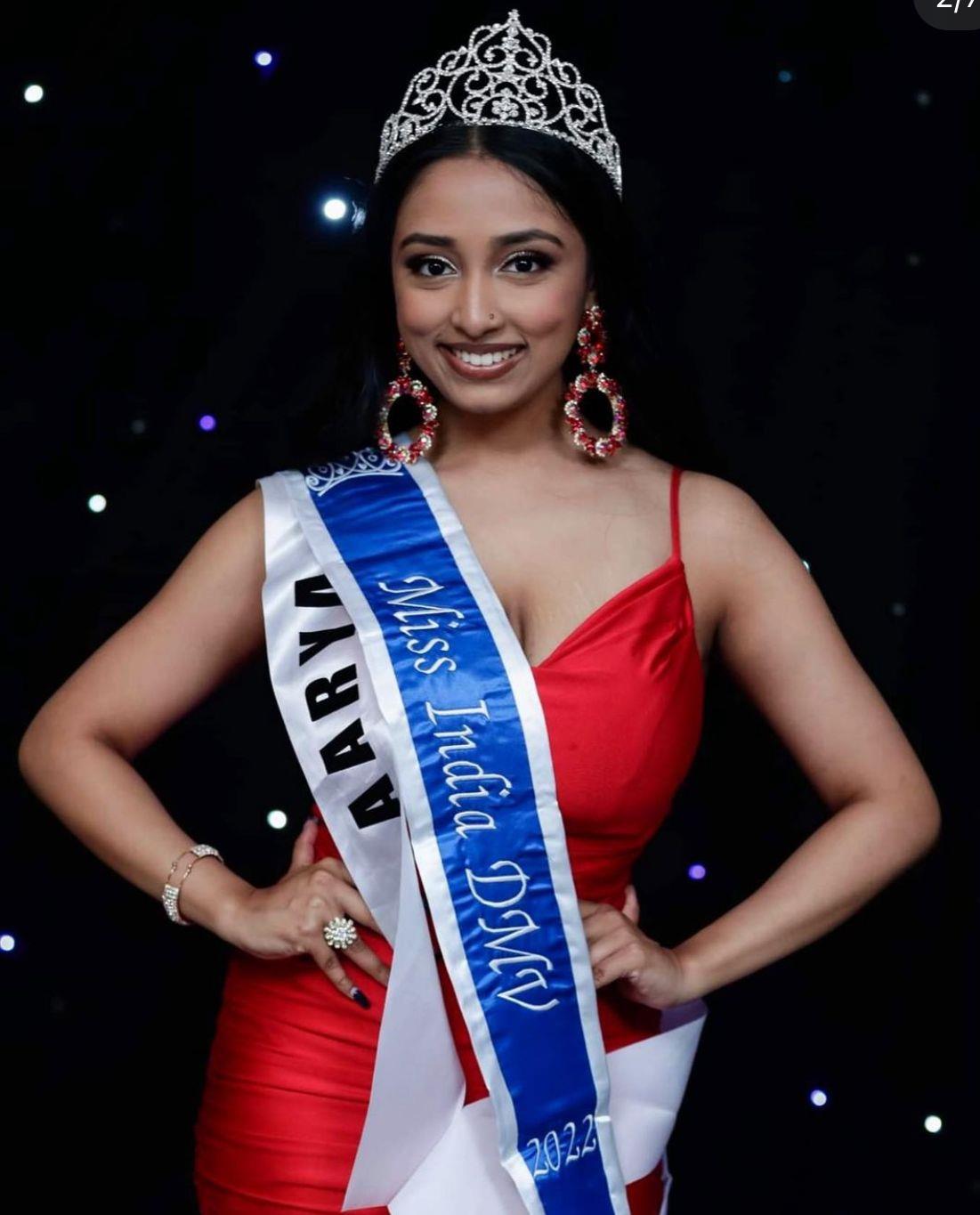 Indian-American teenager Aarya Walvekar from Virginia has been crowned Miss India USA 2022 at the annual pageant held in New Jersey.

An aspiring actor Aarya, 18, said, “It has been my childhood dream to see myself on the silver screen and work in films and TV.”

Her hobbies include exploring new places, cooking and debating, she said.

Saumya Sharma, a second-year premedical student at the University of Virginia, was declared first runner-up and Sanjana Chekuri of New Jersey was the second runner-up.

This year marks the 40th anniversary of the pageant which is the longest running Indian pageant outside of India. It was started by New York-based Indian-Americans Dharmatma and Neelam Saran under the banner of Worldwide Pageants.

“I am very much thankful to Indian community around the world for their support over the years,” said Worldwide Pageants Founder and Chairman Dharmatma Saran.

Winners of all three categories received complimentary tickets to Mumbai early next year to take part in Worldwide Pageants organised by the same group.