Indian-Americans are more liberal towards issues in US, conservative in India: Survey 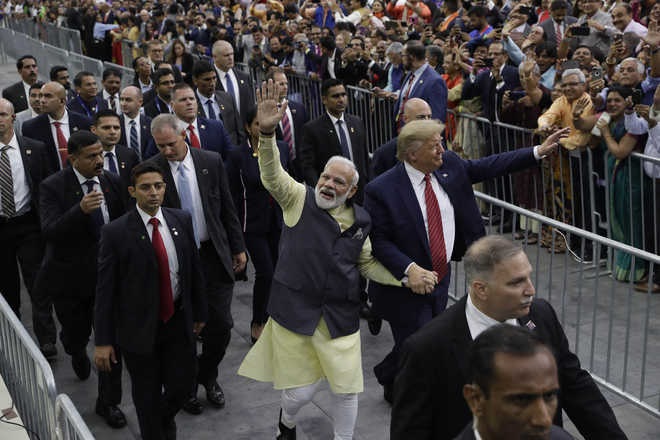 Indian-Americans have relatively more conservative views of policies in India while on issues affecting the US, the diaspora has a more liberal take, according to a survey of the political attitudes of the influential community in this country.

The IAAS is a nationally representative online survey of 1,200 Indian American adults conducted between September 1 and September 20, 2020, in partnership with YouGov. The survey has an overall margin of error of +/- 2.8 per cent, a media release said on Tuesday.

Regarding contentious issues such as the equal protection of religious minorities, immigration, and affirmative action, Indian-Americans hold relatively more conservative views of Indian policies than of US policies, according to the survey results.

Seventy per cent of Hindus agree or strongly agree that white supremacy is a threat to minorities in the United States, compared to 79 per cent of non-Hindus.

Noting that Indian-Americans are divided about India’s current trajectory, the survey said that respondents are nearly evenly split as to whether India is currently on the right track or headed down the wrong track.

On India’s top three challenges, government corruption (18 per cent) ranked the highest followed by the economy (15 per cent). Foreign policy issues—exemplified by China and terrorism—are found in either the middle or bottom tier of the rankings.

Among the Indian Americans, a majority either strongly or somewhat support an all-India National Register of Citizens 55 per cent and the 2019 Citizenship Amendment Act (51 per cent), the report highlighted.

However, they are more opposed than not to two other issues: the use of police force against peaceful protesters (65 per cent oppose) and government crackdowns on the media (69 per cent oppose).

On the other issue of caste-based affirmative action in higher education admissions, the community is divided-with 47 per cent supporting this measure and 53 per cent opposing it, it said.

Meanwhile, the Bharatiya Janata Party (BJP) is the most popular political party among Indian-Americans, the survey said.

“One-third of respondents favour the ruling BJP while just 12 per cent identify with the Congress Party,” it said.

However, two in five Indian Americans do not identify with an Indian political party-suggesting an arms-length relationship to everyday politics in India, it added.

Nearly half of all Indian-Americans approve of Modi’s performance as prime minister.

“This support is greatest among Republicans, Hindus, people in the engineering profession, those not born in the United States, and those who hail from North and West India,” the survey results said.

Further, the Indian-Americans, who have raised their political profile in the country, are broadly supportive of the US-India relationship, the survey results concluded.

A plurality of Indian-Americans believes that current levels of US support for India are adequate, while a large majority hold unfavourable opinions of China.

However, Indian-Americans are divided about US efforts to strengthen India’s military as a check against China.

Foreign-born Indian-Americans and those who identify as Republicans are more supportive of the US efforts to support India militarily than their US-born and Democratic counterparts.

Authors of the report are Sumitra Badrinathan from the University of Pennsylvania, Devesh Kapur from Johns Hopkins-SAIS and Milan Vaishnav from Carnegie Endowment for International Peace.

According to a UN report in January, India has the largest diaspora population in the world with 18 million people from the country living outside their homeland in 2020. The UAE, the US and Saudi Arabia host the largest number of migrants from India. —PTI