Indian-Americans self-impose one dollar fine in solidarity with Prashant Bhushan : The Tribune India 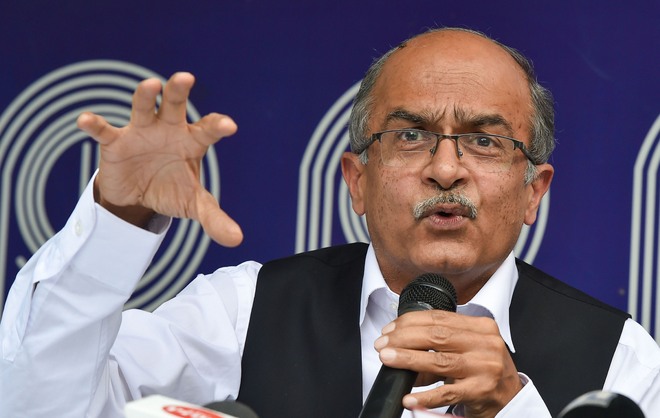 The money collected under the Equal Justice Initiative will be utilised to promote causes dear to the veteran advocate for human rights.

A progressive section of Indian-Americans has decided to self-impose a fine of one dollar in solidarity with senior advocate Prashant Bhushan who was convicted by the Supreme Court for contempt and fined Re 1.

The money collected under the Equal Justice Initiative will be utilised to promote causes dear to the veteran advocate for human rights.

The Initiative is already working in the US to provide legal representation to prisoners who may have been wrongly convicted of crimes, poor prisoners and others denied a fair trial.

Several Indian diaspora organisations in the US had come together on August 22 to stand with Prashant Bhushan and observed a chain fast to express solidarity with him.

Also, the groups hoped the Indian judiciary can move forward and address some of the real issues confronting the country. These include hearing victims of political persecution such as Anand Teltumbde, Gautam Navlakha, Sudha Bharadwaj, Natasha Norwalk, Devangana Kalita and several others, ensure that challenges of JEE-NEET test are adequately addressed and suo moto action to overhaul the Contempt Charges Act.

Among those who have given a call for the donation are Manish Madan (Global Indian Progressive Alliance), Rohit Tripathi (Young India), Raju Rajagopal (Hindus for Human Rights), Sristy Agarwal (Voices Against Fascism in India) and Vishwa Padigepati (Students Against Hindutva Ideology).