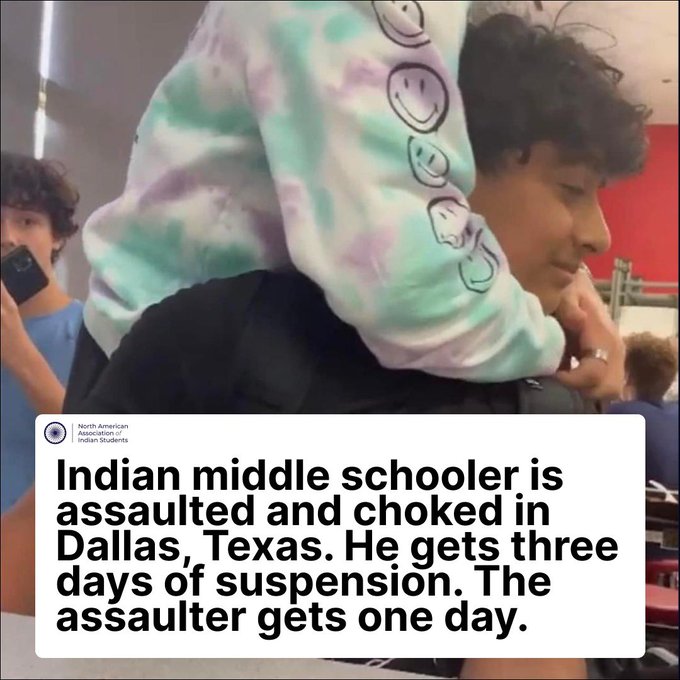 All four Indian-American members of the current US Congress have expressed deep concern over the recent incident of an Indian-origin boy being assaulted at a school in Texas, the video of which has gone viral online.

Disturbing footage of Shaan Pritmani, a middle school student, being assaulted and choked for over four minutes by a white student.

The incident took place in a suburb of Dallas, Coppell Middle School. Shaan received three days of suspension while the assaulter received one day pic.twitter.com/9ELVbpPkgp

In a rare joint statement on Monday, Indian-American Congressmen Ami Bera, Ro Khanna, Raja Krishnamoorthi and Congresswoman Pramila Jayapal said: "We are writing to express our deep concern about the recent incident of bullying which occurred at Coppell Middle School North in the Coppell Independent School District (CISD). As you know, a widely circulated video of the incident shows 14-year-old Shaan Pritmani being assaulted and eventually "choked out" in an alleged wrestling maneuver that could have resulted in serious injury.”

"This video has sparked widespread outrage in the Indian American community. As Indian American members of Congress and representatives of our diverse communities, the possibility of a young Indian American being targeted in this manner is extremely disturbing," they said.

“We understand that in a May 15, 2022, statement to the community, Dr Hunt emphasised that "Bullying, both verbal and physical, as well as physical acts of aggression are never acceptable and do not align with who we are at CISD and our core values,” said the Indian American Congressmen.

This is for the first time that all four Indian-American lawmakers have written a joint letter.

"The recent incident of bullying at Coppell Middle School North targeting a young Indian American student is unacceptable and has touched a nerve across the nation," Congressman Ro Khanna said in a tweet.