Indian-origin British police officer voices his concern on racism, says 'was beaten in 1970s for being a mixed-race kid' : The Tribune India 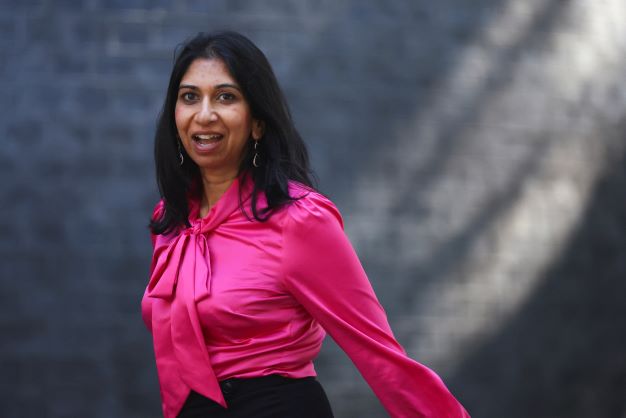 Neil Basu, a senior British police officer of , has slammed Home Secretary Suella Braverman's “inexplicable” comments on migrants saying that it is “unbelievable” and “horrific”.

In an interview to Channel 4 on Wednesday, Basu, who is due to retire from the Metropolitan Police, also voiced his concerns on racism within the UK police ranks and Home Office.

“I find some of the commentary coming out of the Home Office inexplicable," Basu, who was also Britain's former counter-terrorism head, said.

Braverman, who was forced to resign from her position under former Prime Minister Liz Truss for breaching the ministerial code of conduct, had sparked off an outrage by comparing the migrant crisis in the country to an "invasion".

She also said in a media interview that she dreamed of sending illegal asylum seekers to Rwanda.

"It is unbelievable to hear a succession of very powerful politicians who look like this talking in a language that my father would have remembered from 1968. It's horrific," Basu said, remembering the time when the late Conservative MP Enoch Powell had delivered the 'rivers of blood' speech in 1968 flaying mass immigration into the UK.

"The 'rivers of blood' speech happened in the constituency next to where my parents lived and made their life hell. A mixed-race couple walking through the streets in the 1960s, stoned..." Anil Kanti 'Neil' Basu is the son of a Bengali doctor, who migrated from Kolkata in the 1960s, and a Welsh mother. He gave up banking to become a police officer.

In a policing career spanning 30 years, the outgoing Assistant Commissioner spoke about growing up in an "all-white" area.

Basu added that he was proud to be called woke, which according to him is "being alert to issues of racial and social injustice".

Basu was even tipped for the post of director-general of Britain's National Crime Agency (NCA), equivalent to the Federal Bureau of Investigation in the US.

But he was turned down, reportedly due to honest differences with former Prime Minister Boris Johnson in the past.

Former Home Secretary Priti Patel was also identified as being against him, IANS had reported earlier.

It was then that he had called on police chiefs in Britain to admit there is institutional racism in policing in the country.

He had said in an interview that "positive discrimination" should be introduced to boost ethnic officers in the ranks.

"I would surmise that it is because I have been outspoken about issues that do not fit with the current political administration. They are wrong, diversity and inclusion are two of the most important things for policing," Basu told Channel 4.

"I've been the only non white face as a chief officer for a very long time. I don't think the home office cares about this subject at all," he said.