The majority of awards are for the contributions people have made in their communities, with 14.2 pc of recipients coming from a Black, Asian or minority ethnic background 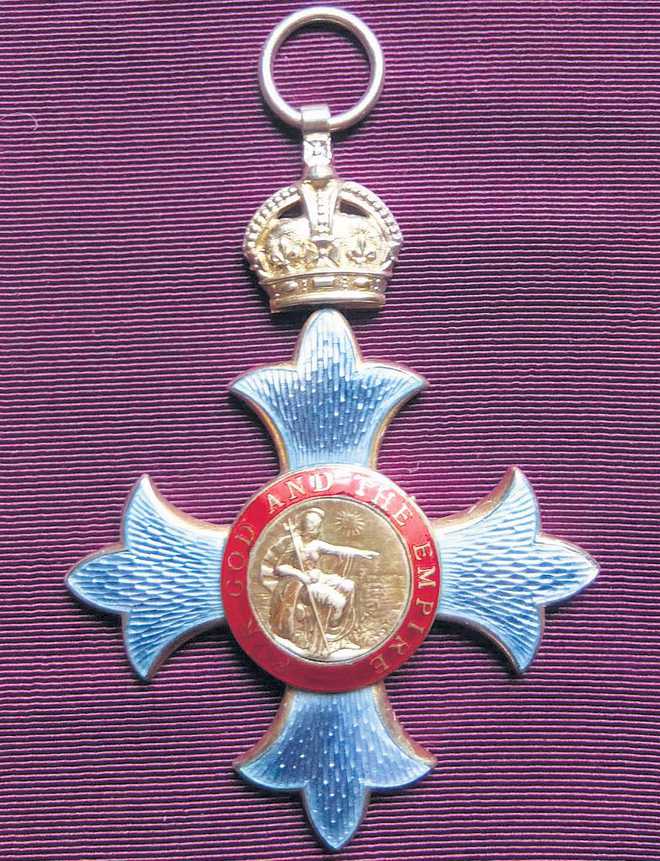 Indian-origin frontline workers, academics, actors and musicians are among 1,239 people recognised for their extraordinary contributions in the UK’s annual New Year’s Honours List released on Thursday.

Among the year’s highest honours, Formula 1 champion Lewis Hamilton has been knighted and British actress Sheila Hancock is made a dame in the list released on New Year’s Eve.

The majority of awards are for the contributions people have made in their communities, with 14.2 per cent of recipients coming from a Black, Asian or minority ethnic (BAME) background.

British Indian television and Bollywood actor Nina Wadia is conferred an OBE for services to entertainment and charity alongside Dipanwita Ganguli, Principal of Sutton College, for services to Adult Education in London.

Professor Partha Sarathi Kar, a Consultant and Endocrinologist at Portsmouth Hospitals NHS Trust gets an OBE for services to people with diabetes and Belfast-based businessman and peer Lord Diljit Rana is being honoured for services to business and to the economy in Northern Ireland.

“In a year when so many have made sacrifices to protect our NHS and save people’s lives, the outstanding efforts of those receiving honours today are a welcome reminder of the strength of human spirit, and of what can be achieved through courage and compassion,” said UK Prime Minister Boris Johnson.

“The 2021 New Year Honours offer us an opportunity to salute their dedication and recognise many who have gone above and beyond in their contribution to our country. As we begin a new year and continue to come together to fight this virus, may their service and stories be an inspiration to us all,” he said.

West Midlands based musician Steven Kapur, known as Apache Indian, becomes a Medallist of the Order of the British Empire for services to music and young people.

Others in the category include Sanjay Jayenedra Kara, Trustee of BAPS Swaminarayan Sanstha or London’s Neasden Temple for services to community cohesion and public and charitable service in the UK; Charandeep Singh, founder of Sikh Food Bank, for services to charity during the COVID-19 response; and Anand Bhatt, co-founder of Aakash Odedra Company, for services to dance and to the community in Leicester.

The MBEs include Professor Alka Surajprakash Ahuja, consultant child and adolescent psychiatrist at the Royal College of Psychiatrists in Wales, for services to the National Health Service (NHS) during COVID-19; Dr Harnovdeep Singh Bharaj, consultant, diabetes and general medicine at Bolton NHS Foundation Trust, for services to people with diabetes in the South Asian community; Anita Goyal, for services to diversity and female empowerment; and Bhaven Pathak for services to business and British Hinduism, among others.

Public sector workers make-up 14.8 per cent of the list and include firefighters, medical professionals, teachers, police officers and local government workers — all of whom are being recognised for making a huge individual impact, and in particular in the response to COVID-19.

This year’s Honours List also highlights how Britain’s business sector has stepped up to deliver for the country during the pandemic.

From small business owners diverting their resources or changing business models to support the response effort to supermarket workers making sure all their vulnerable customers were stocked up with essential items, it showcases 111 recipients being recognised for services to business and the economy.

The annual list is the result of the UK Prime Minister’s steer to the Main Honours Committee, which sifts through thousands of nominations and is conferred in the name of the Queen. PTI