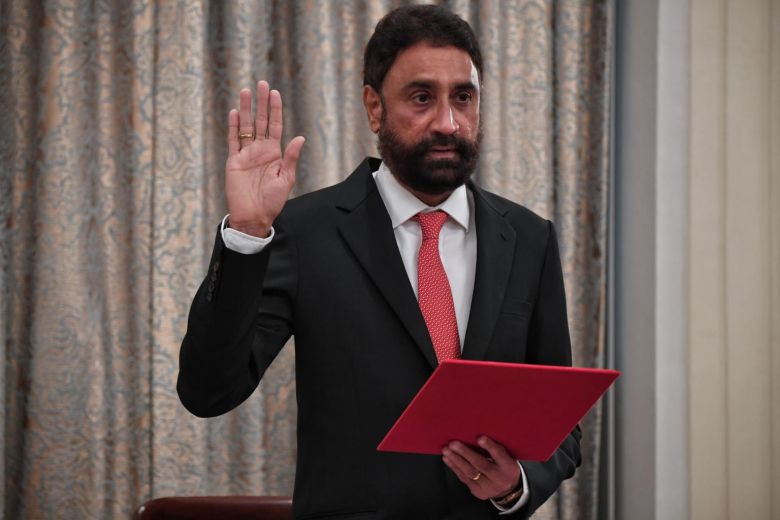 Dedar Singh Gill, an Indian-origin judicial commissioner and intellectual property expert in Singapore, was on Monday sworn in as a judge of the city-state’s High Court.

Gill, whose appointment for the prestigious judicial post was cleared in April this year, took an oath of the office in the presence of President Halimah Yacob.

Justice Gill, 61, first joined the Supreme Court bench in August 2018, where he was appointed judicial commissioner.

The Supreme Court comprises the High Court and the Court of Appeal.

Before that, he was the managing director of the intellectual property department at Drew and Napier.

While working for the firm, he appeared as a counsel before the High Court and Court of Appeal for major corporate clients and had established a reputation for his expertise in intellectual property law.

In addition to intellectual property cases, Gill has experience in cases related to contract, tort and negligence matters.

He graduated from the National University of Singapore with a Bachelor of Law with Honours in 1983.

With Gill’s appointment, the Supreme Court will have a total of 25 judges, four judicial commissioners, four senior judges and 17 international judges. PTI