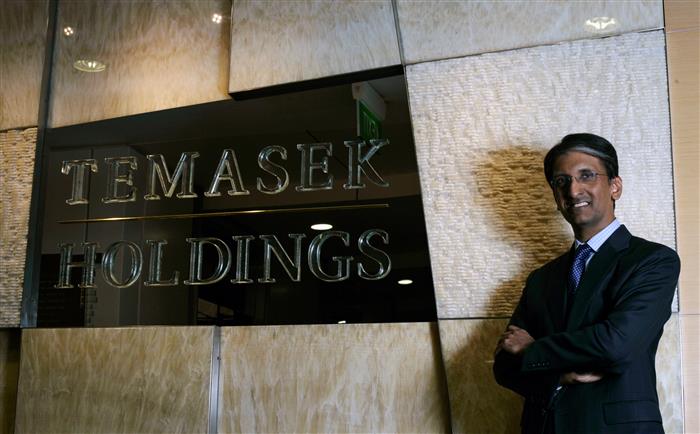 Sandrasegara will take over from Ho Ching, who has been serving in leadership roles at the wealth management group Temasek Holdings since 2004, on October 1.

“Leadership succession is a strategic responsibility of the board,” said Temasek Holdings chairman Lim Boon Heng.

“We have had in place an annual review since the early 2000s. This is to enable the board to be prepared for all eventualities, with various succession options over different time horizons,” Channel News Asia reported on Tuesday quoting Lim.

Lim described Sandrasegara as an established leading corporate lawyer, who joined Temasek 10 years ago “with a sense of mission and purpose”.

Sandrasegara has since played “several critical roles” in Temasek, including a two-year stint as head of the Americas, based out of New York.

In 2019, he was appointed CEO of Temasek International, where he was responsible for the investor role of Temasek, managing its investment and portfolio activities.

Sandrasegara will stay on as Temasek International CEO after October 1.

In his new role as Temasek Holdings CEO, Sandrasegara will be responsible for the stewardship role of the group, “particularly in respect of Temasek’s constitutional responsibilities to safeguard its own past reserves,” said Lim.

Lim also paid tribute to Ho for her leadership roles

“Indeed, she (Ho) has been very active, working over the years to identify various potential successors both inside and outside of Temasek. She has also played a key role in nurturing a strong leadership bench in Temasek, several of whom have gone on to CEO appointments beyond Temasek,” he said.

Sandrasegara said he was honoured to take on the new appointment.

“In continuing our mission to generate long-term sustainable returns beyond our current generation, core to our success will be our commitment to build a better, more sustainable world,” he said.

“Our collective focus will be on doing right and doing good, even as we strive to do well, with conviction and purpose, as we continue to do things today with tomorrow clearly on our mind,” he said. —PTI