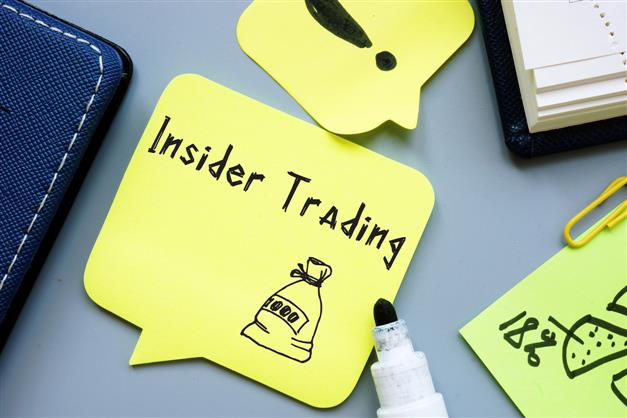 Puneet Dikshit, a 40-year-old Indian-origin partner at management consulting giant, McKinsey & Company, has been arrested and charged with insider-trading and making illegal profits totalling over USD 450,000 in the US.

Dikshit, a partner at a global management consulting firm, has been charged with “illegally trading in advance of a corporate acquisition by one of the firm’s clients in September,” the Securities and Exchange Commission (SEC) said in a statement on Wednesday.

Dikshit, who was arrested on Wednesday and charged with two counts of securities fraud - violating Section 10(b) of the Securities Exchange Act of 1934 and Rule 10b-5 thereunder – faces up to 20 years in prison on each count, the Department of Justice said in a press release.

US Attorney for the Southern District of New York Damian Williams and Assistant Director-in-Charge of the New York Field Office of the Federal Bureau of Investigation Michael Driscoll announced the unsealing of the criminal complaint against Dikshit.

According to the SEC’s complaint, in the days leading up to the acquisition announcement on September 15, 2021, Dikshit used this information to purchase out-of-the-money GreenSky call options that were set to expire just days after the announcement.

He sold all of the call options referencing GSKY on September 15, 2021, realising profits of over USD 450,000, a return on investment of approximately 1,829 per cent.

The SEC’s complaint further alleges that Dikshit violated his firm’s policies by failing to pre-clear these options purchases. “In total, Dikshit realised profits of more than USD 450,000 from his insider trading in GSKY options, a return on investment of approximately 1,829 per cent.”

The SEC said that by trading in GSKY securities on the basis of material nonpublic information that he had obtained from the consulting firm and Goldman, “Dikshit breached a duty of trust or confidence to Consulting Firm and Goldman.”

“As alleged, Puneet Dikshit, a consulting firm partner, exploited his access to material nonpublic information about a pending acquisition of GreenSky, Inc., to trade in GreenSky call options. This breach of duties to his firm and its investment bank client – and violation of the law – allegedly reaped the defendant nearly half a million dollars in illegal profits.  Now Puneet Dikshit has been charged with serious felonies for his alleged conduct,” Williams said.

According to the allegations in the Complaint unsealed Wednesday in Manhattan federal court, GreenSky was a publicly traded financial technology company that provided technology to banks and merchants to make loans to consumers for home improvement, solar, healthcare, and other purposes.

Between on or about November 2019 and July 2020, and again between April 2021 and September 2021, Goldman engaged McKinsey to provide various consulting services related to its consideration of an acquisition of GreenSky and the post-acquisition integration of GreenSky.

Dikshit was one of McKinsey’s partners leading these engagements. In that role, he had access to material, nonpublic information, which he misappropriated and, in violation of the duties that he owed to Goldman and McKinsey, used to trade GreenSky call options.

He engaged in this trading between on or about July 26, 2021, and on or about September 15, 2021 – at the same time he was leading the McKinsey team that was advising Goldman about its potential acquisition of GreenSky.

At various times between on or about July 26, 2021, and on or about September 13, 2021, Dikshit purchased and sold relatively small numbers of GreenSky call options, which had expiration dates weeks or months from the time of purchase.

After the deal was announced, he sold these calls and realised profits of approximately USD 450,000.

Dikshit’s lawyers at Kramer Levin did not immediately respond to requests for comment, CNBC reported.

“We have terminated the employment of a partner for a gross violation of our policies and code of conduct. We have zero tolerance for the appalling behavior described in the complaint, and we will continue cooperating with the authorities,” McKinsey told CNBC news outlet.

“We allege that Dikshit breached duties to his employer and his client by misusing their confidential information for his own financial gain. Thanks to our trading analysis tools, we were able to move swiftly to hold him accountable for his actions and protect the fairness of our securities markets,” Joseph G Sansone, chief of the SEC’s Market Abuse Unit, said in a statement.

In 2012, former Goldman Sachs director and former Managing Director of McKinsey Rajat Gupta was sentenced to two years in prison after being found guilty in 2012 of passing confidential boardroom information about Goldman Sachs to then hedge fund founder Raj Rajaratnam. Gupta served 19 months in prison and was released in 2016. PTI