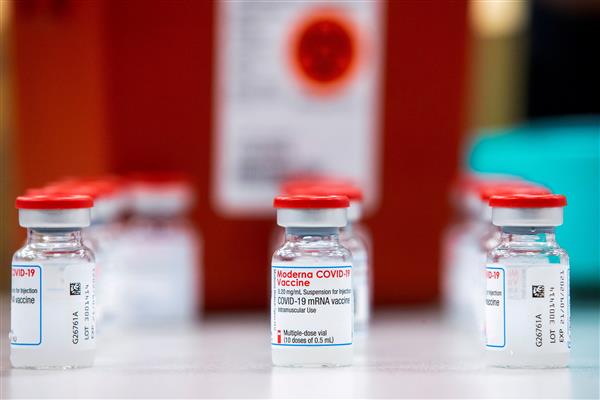 A scientist of Indian-origin has been identified by Moderna as the primary contributor to its Covid-19 vaccine.

A filing by the company for its patent application for the coronavirus vaccine using the revolutionary RNA technique listed Pune-educated bioinformatics scientist Mihir Metkar as the “first named inventor”, a designation that usually recognises the primary contributor to the invention.

He is also listed as one of the inventors in two other Covid-19 vaccine patent applications by Moderna to the US Patent Office.

Moderna’s is of the new class of vaccines that use what is called messenger RNA (mRNA) that cause the body to create some proteins similar to that in the Covid-19 virus and trigger the body’s immune system to make antibodies that will fight the coronavirus if it invades the body. (Conventional vaccines use either dead viruses or parts of them or a modified version of the gene of a different virus.)

Metkar’s identification as the “first named inventor” is in the document filed by Moderna to dispute the US government’s National Institutes of Health (NIH) assertion that its scientists should also be credited as inventors of the vaccine, which was developed in collaboration with it and with $1.53 billion provided by the administration of former President Donald Trump under the Operation Warp Speed programme to quickly produce vaccines.

Vladimir Presnyak and Guillaume Stewart-Jones are listed after him in the original application for the patent.

Metkar received his MSc degree from the Institute of Bioinformatics and Biotechnology at the Savitribai Phule Pune University and worked at the Indian Institute of Science Education and Research (IISER) in Pune as a project assistant before coming to the United States, according to his LinkedIn profile.

He did his PhD at the RNA Therapeutics Institute at the University of Massachusetts Medical School in Worcester and worked there as a post-doctoral fellow, before joining Moderna in 2018, the profile said.

In a separate patent filing, Moderna listed Sunny Himansu, who has an MBBS degree, as one of the two inventors of the Betacoronavirus Vaccine.

Moderna’s vaccine is one of the two main vaccines in the US and about 164 million doses of it have been given so far in the US, according to the Centers for Disease Control.

In addition, millions of people have been vaccinated in Europe and elsewhere with the Moderna vaccine.

The other main vaccine used in the US is the Pfizer-Biontech, which was developed in Germany and uses mRNA.

A third vaccine from Johnson & Johnson is also used in the US. It was developed by J&J’s Jansen Pharmaceutical, whose global head of research and development is Mathai Mammen.

The patent document naming Metkar as the “first named inventor” was filed on behalf of Moderna by an intellectual property law firm asserted that the three NIH scientists who collaborated with them should not be considered co-inventors as the NIH has asked.

If the NIH scientists are recognised as co-inventors, the NIH and the government may be entitled to receive a share of royalties from the use of the patents and also be able to allow others to make the vaccine.

An NGO, Public Citizen, has pointed out in a letter to the head of the NIH that co-ownership of the patent “can empower the US government to authorise” other manufacturers around the world to use some of the patents to make the vaccine.

The group said with “huge gaps in global vaccine access” the need for the government to exercise control over the vaccine technology “only grows more urgent”. IANS