Next hearing on Nov 22 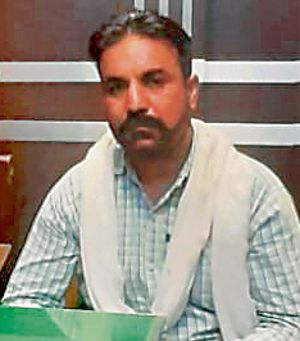 Over 21 years after the murder of his wife and Canadian citizen Jaswinder Kaur, alias Jassi, the cross-examination of Mithu finally concluded at a local court here on Wednesday.

A battery of lawyers from the Punjab and Haryana High Court from defence side, including Simrandeep Singh Sandhu, PS Brar and Arshdeep Bhardwaz, cross-examined Mithu for around two and half hours relating to the murder.

I am facing threats from the relatives of my deceased wife. But I have faith in the Indian judicial system and I will get justice soon. — Mithu, Jassi’s husband

“On Wednesday, we completed the cross-examination of Mithu. We asked him several questions in the court of Smriti Dhir, Additional District and Sessions Judge, Sangrur,” said advocate Sandhu. “The court has fixed November 22 as the next date of hearing,” said Ashwani Chaudhary, one of the advocates from the prosecution side.

“I have been facing threats from the relatives of my deceased wife and police have been registering false cases against me. But I have faith in the Indian judicial system and I will get justice soon,” said Mithu outside of court.

He is facing a separate trial under the NDPS Act and has been in Ludhiana jail, from where was brought to Sangrur on Wednesday.

Jassi married Mithu in March 1999 against the wishes of her family. In June 2000, contract killers allegedly attacked the couple near Narike village in Sangrur, killing Jassi on the spot and leaving Mithu seriously injured. They threw her body in a canal. The Amargarh police had initially registered a case under Sections 307 (attempt to murder) and 364 (kidnapping) of the IPC, but after the recovery of Jassi’s body, Section 302 was also added and an FIR was registered against nine persons.