The victim family, from Hoshiarpur in Punjab, was kidnapped on October 3 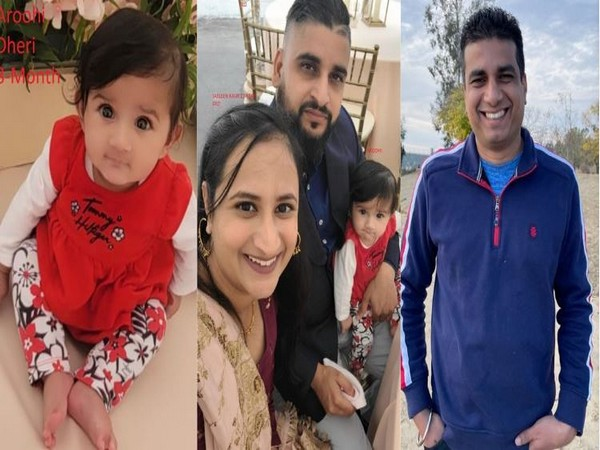 The sheriff of Merced County in California has said a baby girl and three other Sikh family members who were kidnapped at gunpoint have been found dead.

Sheriff Vern Warnke announced on Thursday that the bodies were found in a Merced County orchard and told reporters: “Our worst fears have been confirmed.”

8-month-old Aroohi Dheri, her parents Jasleen Kaur and Jasdeep Singh and the child's uncle Amandeep Singh that
were kidnapped in Merced County have been found dead. Sheriff Vern Warnke says the bodies were found in an orchard near Indiana and Hutchinson roads. #news #newsalert pic.twitter.com/bPgVpmWL3l

The announcement came after authorities released surveillance video of a man kidnapping 8-month-old Aroohi Dheri, her parents and uncle from their business Monday in Merced in the San Joaquin Valley southeast of San Francisco.

A four-member Sikh family, including an 8-month-old child were originally from Harsi Pind in Hoshiarpur, Punjab. They were kidnapped in Merced County, California, on Monday.

A vehicle owned by one of the family members was found on fire late Monday, which led law enforcement to determine that the four had been kidnapped.

According to a news release, detectives received information on Tuesday morning that one of the victim's bank cards was used at an ATM in Atwater in Merced County.