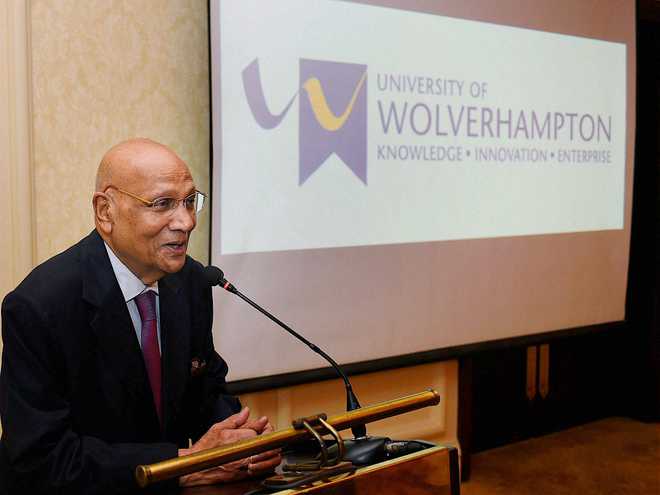 UK-based Indian-origin entrepreneur Lord Swraj Paul has donated USD 5 million to his alma mater Massachusetts Institute of Technology’s Kresge Auditorium, a landmark at the prestigious university that serves as a venue for community and cultural activities.

MIT will receive the donation through the Paul family’s charitable trust — the Ambika Paul Foundation — in recognition of the university’s strong connect with the family.

“I have always had great respect for MIT as a world centre of technical excellence, and was delighted when my sons (Akash Paul and the late Angad Paul) followed me there in the 1970s and 80s. MIT means a lot to our family, and I am honoured that we are able to support the continuation of its values and way of life through this iconic building,” said Lord Paul.

“I first came to MIT from India in 1949 at a time when there were very few Indian students in the United States, and the experience changed my life,” reminisces 89-year-old Paul, the Chairman of Caparo Group and Caparo Bull Moose Inc.

“Because of my time at MIT, I decided to expand my Caparo companies into the United States, and for more than 30 years, we have made significant investments across the country in our Bull Moose Tube and XL Trailers businesses,” said the India-born, British-based business magnate and philanthropist.

Designed by Finnish-American architect Eero Saarinen, MIT says the Kresge Auditorium is architecturally significant as a leading example of a minimalist thin-shell concrete structure. Located in the central area of the MIT campus, Kresge opened its doors in 1955 and has played an important role in the life of the MIT community.

The facility, renovated in 2016, in addition to providing performance facilities and practice space for MIT Music and Theatre Arts programs, also serves as a venue for a variety of community activities including MIT events and symposiums and student performances, and Cambridge Symphony Orchestra and New England Philharmonic performances.

The Ambika Paul Foundation is a charitable trust established in memory of Lord Paul’s daughter Ambika, who died of leukaemia in 1968 at age 4.

It was to further the treatment of her illness that Lord Paul first came to Britain in 1966. He remained in England after Ambika’s tragic death and went on to create Caparo, a diversified global association of businesses with interests predominantly in the design, manufacture, marketing, and distribution of value-added steel and niche engineering products.

The foundation was established in 1978 and since then, funded by donations from the Paul family and the Caparo businesses, has grown to have substantial net assets and an impressive programme of donations, including for the Ambika Paul Children’s Zoo at the London Zoo.

The Foundation promotes the well-being of children and young people all over the world through education, culture and health, and seeks to encourage and inspire them to learn about the world they live in. — PTI