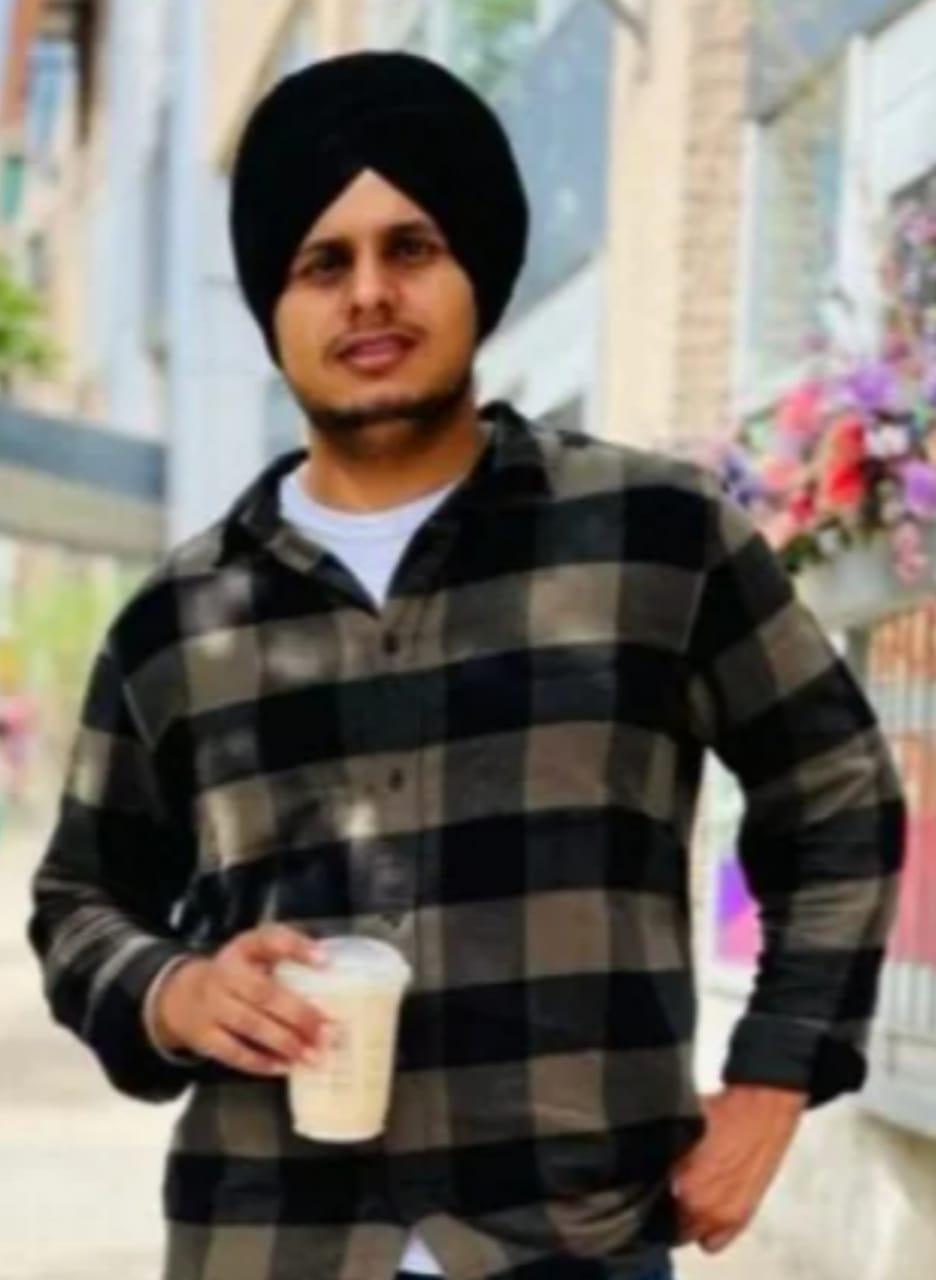 The Deputy Chief of Truro Police Service Robert Hearn confirmed to the local media that a 23-year-old Indian youth of Punjabi-origin was found dead at a Robie Street apartment building in the Truro town.

“The investigation is ongoing and there is no risk to the general public at this time,” Hearn said. However, he did not release the victim’s name, nor provided information on any suspects.

However, the local people and family members in Bukkanwala village here confirmed that a village youth identified as Prabhjot Singh Katri was murdered in Canada.

He migrated to Canada from here in 2017 on a study visa.

Prabhjot was staying there at the house of his sister Rajvir Kaur and her husband for the past 4 years. “He was an innocent guy. He was coming back from his job when he was killed by some unidentified persons outside his apartment. He was working as a taxi driver,” Jatinder Kumar Deep Singh, one of his friends, told the local police.

Kumar Deep further stated that there were few international students in Truro, so most of them know each other. Since, they both come from Punjab, India, and so they bonded in Nova Scotia. “We feel very unsafe,” he added.

He said the small Indian community in the town tends to keep quiet and stay out of trouble, but this unfortunate incident has shaken him.

He has created an online fundraiser to help send his friend’s body home to his village in India, so his parents could put him to rest.

Agampal Singh, another friend of the deceased youth, told the police that his friend was a good person. “Nothing was robbed. Even his phone was in his pocket,” Singh said. “We don’t have any idea why this happened,” he added.

Prabhjot’s friends further told the police that he (Prabhjot) never had a bad company, never smoked, never drank, he didn’t touch drugs. He had only a few friends. He didn’t talk with people he didn’t know. “I think it might be a hate crime,” Prabhjot’s friends claimed.

It may be mentioned that Prabhjot had recently completed his studies and was on a work visa and applying for permanent residency in Canada.

His friends said that they trust the police would bring justice to their friend. “We are coming to this country for a good future,” he said. “We are not safe. I can’t even sleep,” Kumar Deep added.

Back in India, at his ancestral village, one of his family members Kulwant Singh said it was hard to believe that they had lost Prabhjot Singh who was hard working and an ambitious youth.

The family members had demanded from the Indian government to bring back the body of their kin so that his last rites could be performed, here, at his native village.