The Pravasi Bharatiya Samman Award is the highest honour conferred on an NRI, Person of Indian Origin or an organisation, who have made significant contributions in better understanding of India abroad 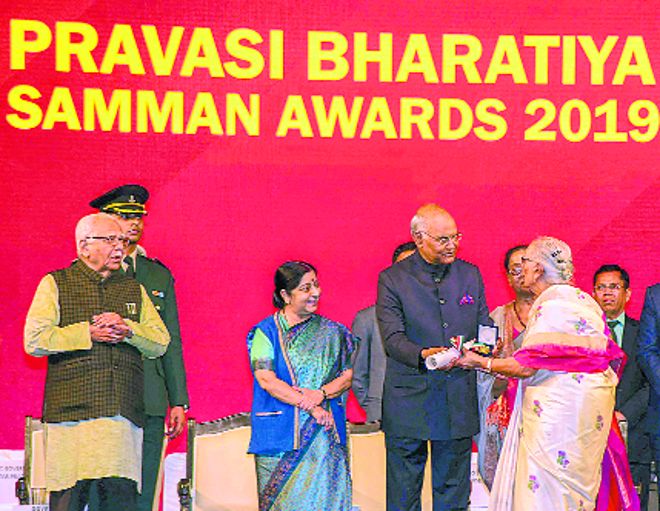 Mukesh Aghi, president of the US India Strategic and Partnership Forum (USISPF), and the Federation of Indian Associations, along with three others from the US, have been conferred the prestigious Pravasi Bharatiya Samman Award.

Aghi, who in just a few years made the USISPF the top India-centric American business advocacy group, has received the award under business category.

“Absolute honour to receive this award. It is a team effort, and more importantly, it signifies the importance of US-India relations. We have tremendous opportunity under Biden-Modi administration to further enhance this partnership which not only the two countries benefit but the world,” Aghi told PTI.

“We are very proud, humbled and thankful to be the recipient of the Pravasi Bhartiya Samman,” FIA president Anil Bansal said.

The Federation of Indian Associations (FIA) of the tri-state area of New York, New Jersey and Connecticut is one of the largest esteemed umbrella organisations in the Indian community.

Congratulations to all Pravasi Bharatiya Samman Award Winners from the US:

“It is the recognition of hard and selfless work of so many people in the FIA family. This award is for the exceptional and meritorious contribution to India, the Indians for social and humanitarian causes. We, at the FIA, have been totally dedicated to serving the interest of India and Indian diaspora in the US,” Bansal said.

“Congratulations to all Pravasi Bharatiya Samman Award Winners from the US,” tweeted India’s Ambassador to the US Taranjit Singh Sandhu.

The Pravasi Bharatiya Samman Award is the highest honour conferred on a non-resident Indian, Person of Indian Origin (PIO) or an organisation or institution established and run by non-resident Indians or PIO, who have made significant contributions in better understanding of India abroad, support India’s causes and concerns in a tangible way, community work abroad, welfare of local Indian community, philanthropic and charitable work.

The 16th edition of the Pravasi Bharatiya Divas was inaugurated by Prime Minister Narendra Modi on January 9 in New Delhi. The theme of the convention, aimed at encouraging Indian diaspora to be a part of socio-economic development in India, was “Contributing to Aatmanirbhar Bharat.”

“It is truly a moment of pride for the FIA and for me to witness this prestigious recognition bestowed upon FIA,” FIA chairman Ankur Vaidya said.

“I take this opportunity to thank the founders and patriarchs, some of them are on our board who dedicated a lifetime in serving the community through the organisation and when told of the news had tears of joy,” Vaidya added. PTI