Clare Montgomery, who was also the defence counsel in Mallya's case, has sought to establish that the two cases are “completely different” 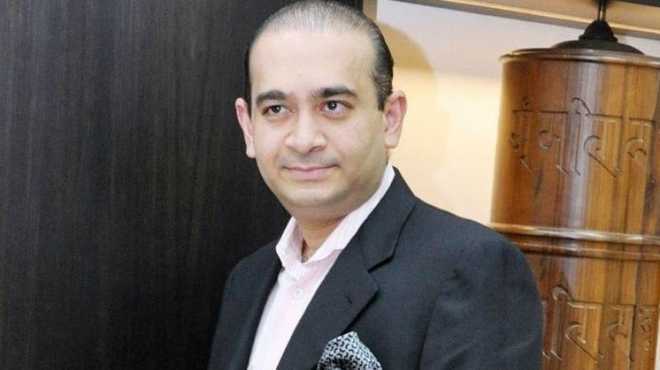 Nirav Modi's lawyer raised a British court's judgment blocking the extradition of WikiLeaks founder Julian Assange to the US on mental health grounds, as the embattled diamond merchant appeared via videolink before a court here on Thursday for a two-day hearing of final submissions in his fight against being extradited to India.

Sporting a full beard and dressed casually in a blazer, he followed the proceedings from a room at Wandsworth Prison in south-west London as his counsel raised Monday's judgment which blocks the extradition of Assange to the US on the grounds of his mental health.

In the Assange case, which is currently the subject of appeal, District Judge Vanessa Baraitser had ruled that extradition would be “oppressive by reason of mental harm” as the Australian activist could commit suicide.

“As in the Assange case, the issues here evidentially are the same – the mental condition of Modi and the treatment he would receive given the prison conditions in India,” said barrister Clare Montgomery, reiterating that her client's mental health has been deteriorating due to his lengthy incarceration since March 2019.

The Crown Prosecution Service (CPS), arguing on behalf of the Indian authorities, sought an adjournment of the proceedings in order to access Modi's mental health records to be independently evaluated by a consultant psychiatrist and appropriate assurances be acquired in terms of his care in India.

“While the issues of mental health are not contested, the consequences of those need cross-examining,” said CPS barrister Helen Malcolm, who appeared via video link for the part-remote courtroom settings in place due to the UK's coronavirus lockdown.

The CPS pointed to already existing Indian government assurances in the case as well as the option for Modi to access privately paid for medical treatment, given his offer of millions in the course of several bail applications before the UK courts.

However, District Judge Samuel Goozee turned down the application for adjournment and concluded that the Indian government had “ample opportunity” to respond to five reports presented by defence witness Dr Andrew Forrester, a forensic psychiatrist who examined Modi on several occasions last year and concluded that “coupled with a severe condition of depression, he presents a high risk of suicide albeit not immediately”.

The hearing on Thursday went on to focus on the defence team's concluding submissions that several legal bars exist against extraditing Modi to India, including on human rights grounds due to inadequate prison conditions that would fail to provide sufficient anti-suicide measures.

Modi's lawyers also claim that he would not receive a fair trial in India due to the case being politicised by the “ruling BJP”, which impacted on the principle of presumption of innocence until proven guilty.

On Friday, the CPS will conclude submissions on the prima facie case against Modi in detail, which is expected to complete the final hearings in the case and a judgment expected in a few weeks' time.

At the last full hearing in the case in November 2020, Judge Goozee heard the arguments for and against the admissibility of certain witness statements provided by the Central Bureau of Investigation (CBI) and Enforcement Directorate (ED) and ruled that the evidence to establish a prima facie case of fraud and money laundering against the wanted diamantaire is broadly admissible.

He concluded that he considered himself “bound” by the previous UK court rulings in the extradition case of former Kingfisher Airlines chief Vijay Mallya, who has been found to have a case to answer in India in his fraud and money laundering case and awaits a “confidential” legal clearance before UK Home Secretary Priti Patel can consider signing off on his extradition order.

Clare Montgomery, who was also the defence counsel in Mallya's case, has sought to establish that the two cases are “completely different”.

Nirav Modi is the subject of two sets of criminal proceedings, with the CBI case relating to a large-scale fraud upon PNB through the fraudulent obtaining of "Letters of Understanding" (LoUs or loan agreements), and the ED case relating to the laundering of the proceeds of that fraud.

He also faces two additional charges of "causing the disappearance of evidence" and intimidating witnesses or “criminal intimidation to cause death” added to the CBI case.

The jeweller has been in prison since he was arrested on March 19, 2019, on an extradition warrant executed by Scotland Yard and his attempts at seeking bail have been repeatedly turned down.

The charges against him centre around his firms Diamonds R Us, Solar Exports and Stellar Diamonds making fraudulent use of credit facilities or LoUs in a conspiracy with banking officials. — PTI