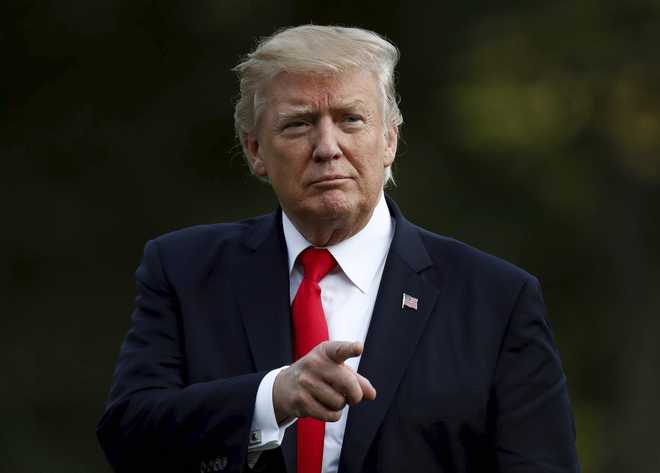 A record 100,000-plus Indian-Americans watched a virtual rally in support of Donald Trump

A record 100,000-plus Indian-Americans watched a virtual rally in support of Donald Trump during which a top supporter of the US President said the influential community has been moving towards the ruling Republican Party in significant numbers due to the respect India has received under the current administration on key issues.

In his first major address to the community on Sunday, Mason said that his research spread over the last six months shows that for the first time, the Indian-American Democrats who have been voting for the Democratic presidential nominee since 1992, are going to be moving towards President Trump.

In a statement, Americans4Hindus, said that 30,000 people watched it live on multiple social media platforms and groups and another over 70,000 watched it in the next few hours online.

“So far Republicans have had only 20 per cent of the votes. Fifty per cent of those (Democratic) votes are going to come into the president’s column (in battleground States),” said Mason.

This sudden massive shift in this vote towards the Republican Party is because Indian-Americans “love president Trump,” he said.

According to his research, Mason said the reason for the shift in voting preference is due to the respect the Indian-American community and India has received under the Trump administration.

“When the Howdy Modi event was held (last September), the whole world was talking about Kashmir.. Only President Trump had the guts to go to Houston, hold his hand in front of people and never once mention the word called Kashmir. He has never interfered in the internal part (affairs) of India,” Mason said.

Second reason is Trump’s stand against China and supporting India, Mason said, apparently referring to recent violent stand-off between the neighbours along the Line of Actual Control.

During the address, Americans4Hindus announced to endorse President Trump in his re-election bid and set up networks all over the country to campaign in his favour.

Raj Bhayani, co-founder and co-chairman of American4Hindus, said, “we will work with tan, man and dhan (physically, strategically and financially) from now onwards to convince majority of Indian-Americans to support President Trump.”

“Al Mason has initiated our journey and promised to work with us to get American Hindus and Indians to vote for President Trump in battleground States to make him our President again,” said Romesh Japra, founder and chairman of the organisation. —PTI